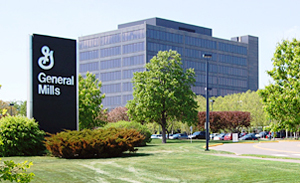 The Minnesota food giant that brought to the nation’s parents, and especially their children, the Honey Nut Bee, Lucky the Leprechaun, and the Silly Trix Rabbit now publicly is supporting homosexual marriage, leaving critics surprised at General Mills’ abandonment of traditional values families, reports WorldNetDaily. General Mills CEO Ken Powell announced this week at a Minneapolis homosexual pride event that his company opposes the marriage amendment on the Minnesota ballot in November. Same-sex marriage is already illegal in Minnesota, but supporters of the traditional marriage initiative say that the constitutional amendment would keep marriage safe from activist courts and even legislators who may attempt to usurp state law. Already there is a case in Hennepin County effectively putting the Minnesota Defense of Marriage Act on trial, and Minnesota pro-traditional marriage groups say that the November ballot measure is critical. Supporters of traditional marriage say that General Mills couldn’t be more wrong in calling its support a business decision, but that is precisely how General Mills is voicing its opposition to the idea that state residents could define marriage for themselves.

Next post Already/Not Yet Theology: A look at the kingdom