World News March 9: Franklin Graham has said if the government passes an edict forcing him to hire employees who do not share his Christian outlook, he will “break the law.” Read more about this and other world news. 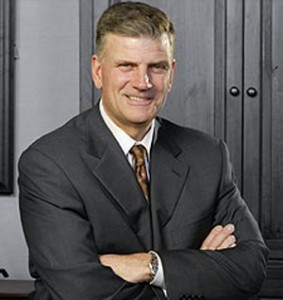 Franklin Graham has said if the government passes an edict forcing him to hire employees who do not share his Christian outlook, he will “break the law,” reports LifeSiteNews.com. In an interview with NewsMax senior editor David Patten, Graham said, “What I’m concerned about as a faith-based organization is that I’m going to be forced to hire people that are not of my faith, or don’t have the same values that I have.” Graham worried the parachurch organizations with which he is affiliated, Samaritan’s Purse and the Billy Graham Evangelistic Association, will someday be compelled to hire people who do not share their faith. “Frankly, I think every Christian out there should be concerned that we will be forced to bring people into our organizations, and put them on our payrolls, when we know that they are opposed to everything that we stand for and believe,” he added. “I guess at that point, I would just have to break the law and take it all the way to the Supreme Court and fight it if I have to.” Graham voiced his concern over the Health and Human Services mandate to provide contraception and abortion-inducing drugs to the employees of religious organizations. “I don’t believe the compromise is a true compromise,” he said. “You’re still paying for it, but it’s going to be paid for now through the insurance carrier, who is then going to charge you.” He worried forcing Catholics to pay for contraception was the beginning of a larger effort to suppress religious liberties in the name of fighting “discrimination.” “We take very little government money, and I’m happy to give all of it back,” he said. “But even though we’re privately funded I believe the government’s going to mandate—they’re heading in that direction—where we don’t be able to discriminate in our hiring practices.” His charity, Samaritan’s Purse, delivers eight million gifts to underprivileged children each year at Christmastime. Despite the fact that it is headed by the son of the world’s most famous evangelist, it does not qualify for a religious exemption under the Obama administration’s rules. “We’re not a church. We’re a parachurch organization,” he explained. The Obama administration’s conscience clause protects only churches and other houses of worship. Graham joins many of his Protestant brethren in urging defiance of unjust, anti-Christian measures. Dr. Richard Land, president of the Southern Baptist Convention’s Ethics & Religious Liberty Commission, told LifeSiteNews.com last month, “We will not comply with” the HHS mandate. “We want the law changed, or else we’re going to write our letters from the Nashville jail, just like Dr. King wrote his from the Birmingham jail.” Dr. Albert Mohler, president of The Southern Baptist Theological Seminary, said in January, “We’re going to find out in coming months” how many evangelical pastors and leaders “are willing to go to jail rather than to comply with this.”