World News Oct. 5: A college student who claims he once had same-sex attractions but became heterosexual after conversion therapy has filed a lawsuit against California. Read more about this and other news. 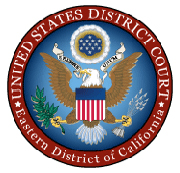 A college student who claims he once had same-sex attractions but became heterosexual after conversion therapy has filed a lawsuit against California, which has just enacted a law that bans so-called “gay cures” for minors, reports Yahoo News and Good Morning America. The lawsuit, also joined as plaintiffs by two therapists who have used the treatments with patients, alleges that the law banning the therapy intrudes on First Amendment protections of free speech, privacy, and freedom of religion. The student, Aaron Blitzer, who is studying to be a therapist in that field, said the law would prevent him from pursuing his career, according to court papers filed Monday in the U.S. District Court for the Eastern District of California. The lawsuit names as defendants California Gov. Jerry Brown, as well as 21 other state officials, including members of the California Board of Behavioral Sciences and the California Medical Board. The other plaintiffs are Donald Welsch, a licensed family therapist and ordained minister who operates a Christian counseling center in San Diego; and Dr. Anthony Duk, a psychiatrist and practicing Roman Catholic. Both say the law would restrict their counseling practices, according to the lawsuit. “It’s it’s an egregious violation of the rights of young people feeling same-sex attraction, and of parents and counselors who feel it would be beneficial for the individual needs of a young person,” said Brad Dacus, president and attorney for the conservative Pacific Justice Institute, which asked a federal judge to prevent the law from taking effect. “The legislature had an errant assumption that every individual struggling with same-sex attraction is caused by their DNA,” he said. “It ignores thousands, including the plaintiff, who have gone through therapy and are now in a happy and healthy heterosexual relationship.” Dacus declined ABC News’ request for direct access to the plaintiffs. California is the first state to adopt such legislation. The law is set to go into effect Jan. 1, 2013.