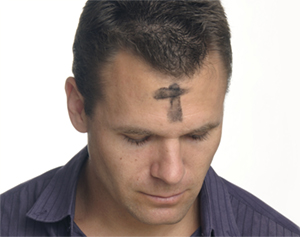 Prior to the 1970s, most Baptists did not observe Lent, a 40-day period of penance, voluntary fasting, and self-denial. Lent customs are practiced by Roman Catholics, Anglicans, and some Protestant groups, but not by most congregations in the free church tradition. Now several Baptist leaders are suggesting this should change:

Roger Olson, on the other hand, says that he won’t be observing Lent, even though other Baptists may find meaning in the ritual. “I’m not saying throw out the church calendar or Lent and all that, but I’m sad when Baptists think observing Ash Wednesday is by itself a step toward experiencing God. In fact, I think for many people, all this Baptist flirting with high church is just a way of putting more distance between ourselves and God,” he says in “Some Lenten Meditations for Baptists.”

Olson’s cautious approach seems worth considering, even as Baptists continue to study the extent to which they can follow the traditional Christian calendar. At the very least, Baptists seem comfortable observing Palm Sunday (Christ’s triumphal entry), Good Friday (Christ’s crucifixion), and Easter Sunday (Christ’s resurrection). If so, we could even add Maundy Thursday to the list, as a commemoration of the Last Supper. All of these events seem rooted in the New Testament narrative and can be easily harmonized with our theological heritage.

First, it is difficult to reconcile Lent with our Baptist ideas about New Testament authority. Though it has a very long heritage, Lent should be viewed as an extra-Biblical human tradition. When recent Roman Catholic theologians have addressed the origin of Lent, they rightly avoid connecting Lent to any apostolic command, neither do they claim Lent is consistently taught by the pre-Nicene fathers. A well-taught Catholic will recognize Lent as a later tradition. This is not a problem for Catholics, who can be expected to worship within their own theological traditions. But Baptists define the activities of the gathered church solely on the basis of New Testament authority. This belief does not mean Baptists are disconnected from two millennia of church tradition—but it does mean our observance of common traditions must be rooted in clear Scriptural teaching. Though some Baptists may find private devotional value in Lenten traditions, one cannot imagine how an entire Baptist congregation could corporately observe Lent without violating individual consciences.

Second, it is difficult to practice Lent without abruptly facing its theological roots. While fasting is commended in the New Testament, it is not taught as a means of penance, or as a means of obtaining spiritual merit. In contrast, Roman Catholics continue to believe that Lenten good works (penance, voluntary fasting, self-denial, alms-giving) are performed for purification. These good works are a form of holiness that mixes with the good works of deceased saints in Heaven to form the Church’s treasury, which also includes the good works of the Virgin Mary. The church can then apply these merits to the negative merits of believers still in purgatory (or other believers still on earth). This traditional meaning of Lent should trouble Baptists. Too often we are tempted to borrow any and every religious tradition—then redefine it with ideas that are closer to our evangelical beliefs. While Baptists have much to learn about proper worship, we cannot reverse-engineer the theological background of Lent. The road to Rome, or even the road to Canterbury, is too far for Baptists to travel.

Finally, the observance of Lent also raises a subtle question of emphasis. The liturgical calendar is skewed toward a celebration of Jesus Christ’s life as taught in the Gospels (including the 40 days reserved for Lent). Please don’t misunderstand—every thinking person can benefit from a gospel-centered emphasis on Christ. On the other hand, one must also observe how the liturgical calendar invests significantly less time (and structure) to an exposition of the Epistles, especially the apostolic teachings about the church. For Baptists, the “whole counsel of God” must be taught in its proper relationship to “the pillar and ground of truth,” the church. Here the traditional church calendar offers less support. Perhaps Baptists could respond by offering better ways to celebrate Pentecost Sunday (May 27, ), remembering the birth of the church. Certainly Baptists can learn a fuller, richer appreciation of the Bible by returning parts of the liturgical calendar to its rightful place in our worship. But such ideas must be approached cautiously, avoiding those traditions that are not rooted in clear New Testament teaching.

The question of Lent has been addressed several times in the Baptist Bulletin. While the various authors approach the subject from various perspectives, all agree that Regular Baptists have historically viewed Lent with some skepticism:

Perhaps Roger Olson’s recent comments provide a helpful conclusion. While admitting that some Baptists might observe Lent in ways that do not contradict their own theology, Olson does not follow such rituals himself. Instead, he offers a more Baptist alternative: “If we are going to observe the church calendar, let’s also return to our own roots and sing emotional hymns and gospel songs and give our testimonies and talk about Jesus and memorize our Bibles and give altar calls and kneel at the altar to pray,” Olson says.

His solution, rooted in the free church tradition, also acknowledges that some Baptist churches have dropped the ball when it comes to their own worship. Perhaps we could observe a 40-day period of “penance” for our poorly planned and organized church services! The reflection would do us good.