World News Jan. 8: A report in WorldNetDaily notes that Barack Obama’s criticism of congressional efforts to protect the faith-based values of military chaplains is disturbing on many levels. Read more about this and other world news. 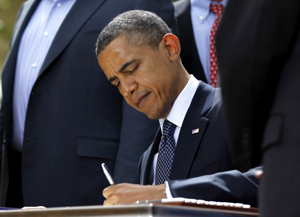 A report in WorldNetDaily notes that Barack Obama’s criticism of congressional efforts to protect the faith-based values of military chaplains is disturbing on many levels, charges the Center for Military Readiness, a nonpartisan public policy organization that supports the U.S. military services. The organization, long concerned about the rising violence in a military forced to adopt a social agenda that includes the promotion of homosexuality, noted Obama’s response to a congressional strategy to protect the conscience-based decisions of military chaplains. The bill makes it illegal to “require a chaplain to perform any rite, ritual or ceremony that is contrary to the conscience, moral principles or religious beliefs of the chaplain” or to “discriminate or take any adverse personnel action against a chaplain, including denial of a promotion, school, training or assignment” because the chaplain refused to violate his or her religious beliefs. The congressional action was deemed essential because of Obama’s success in removing the longstanding “Don’t Ask, Don’t Tell” policy from the U.S. military. Not only are homosexuality and other “philias” allowed, but they are openly promoted within the ranks. As a result of Obama’s campaign, same-sex marriages are now considered appropriate, and military chaplains fear they will be ordered to participate. When Obama signed the National Defense Authorization Act for 2013, which includes the provisions, he blasted both Congress and chaplains. “Section 533 is an unnecessary and ill-advised provision, as the military already appropriately protects the freedom of conscience of chaplains and service members,” he wrote in a signing statement that accompanied the legislation. He said he would not pay much attention to it. “My administration remains fully committed to continuing the successful implementation of the repeal of Don’t Ask, Don’t Tell, and to protecting the rights of gay and lesbian service members; Section 533 will not alter that,” he declared.