World News Nov. 9: Christians and conservatives in general found virtually nothing to cheer about in the elections of the past week. Read more about this and other world news. 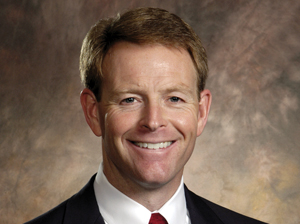 Christians and conservatives in general found virtually nothing to cheer about in the elections of the past week, reports The Christian Post. Losses Tuesday included Floridians rejecting a ban on taxpayer-funded abortion and the legalization of marijuana in four states. Traditional marriage supporters also suffered a big blow after all four states—Maryland, Maine, Minnesota, and Washington State—that had ballot initiatives on same-sex marriage voted in favor of gay marriage. Previously, each time marriage was on the ballot, voters had chosen to protect the traditional definition of it. “On every level—presidential, congressional, social—it was a bruising day for our movement that no amount of spin can improve,” wrote Tony Perkins, president of Family Research Council, in an e-mail to supporters. “Americans had a choice, and they made it. Is the outcome what we want? Obviously not. This [Wednesday] was supposed to be the morning when Americans got up and shook off the nightmare of the last four years. Instead, they awakened to a new one: a profound drubbing of the Republican Party that is supposed to be the guardian of the conservative vision our nation so desperately needs.” Mat Staver of Liberty Counsel remarked, “The event we have just witnessed was far more than a general election—it was a referendum on the soul of America. Every patriotic, pro-moral American has reason to be deeply concerned and saddened by the outcome. Those of us who intensely prayed and worked for a different result are entitled to a time of grief for our beloved nation and what we have become. I tremble for our country because I fear the blessings of God that made America great are being withdrawn. For the first time in our history, a plurality of Americans voted for a party platform that intentionally omitted God and advanced many positions that the Bible specifically condemns. Some Christian observers called the Democratic Party platform for a ‘Romans Chapter 1 Platform,’ and they were right.” Influential pastor and blogger Brian Hudson stated, “Neither President Obama, nor any other pro-choice person or supporter of gay marriage, can prevent us from preaching the gospel, dealing with promiscuity (even among believers), helping women in crisis pregnancies choose life, helping people overcome homosexuality, or stop Christians from working in our states to keep marriage between a man and a woman (as we have done in Indiana). We should have more confidence in what God can do through us, than in politicians, who ultimately do very little on Biblical issues. We wasted too much of our time, money, energy, and even some of our prayers on politics. If we become too loyal to a political party, we may lose our prophetic edge and become co-opted by a lesser agenda.” Columnist David Goetsch observed in patriotupdate.com, “Romney won in those portions of our country inhabited by hardworking Americans who obey the law and pay their taxes—the type of people who made America great. Obama won in those large urban centers where a sizable portion of America’s welfare recipients, illegal immigrants, and low-income citizens reside. In other words, Romney won the ‘maker’ vote and Obama won the ‘taker’ vote.”