World News Dec. 18: Christians, including Christian leaders, are pondering the tragedy of last week's mass killings in a Connecticut grade school. Read more about this and other news. 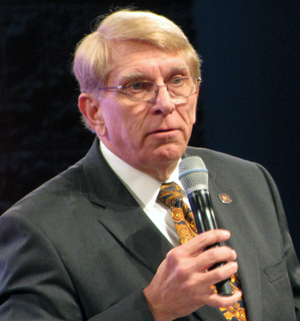 Christians, including Christian leaders, are pondering the tragedy of last week’s mass killings in a Connecticut grade school. WorldNetDaily notes that William J. Murray chairman of the Washington, D.C.-based Religious Freedom Coalition, son of atheist Madalyn Murray O’Hair, who fought to remove prayer in public schools, and author of the book My Life Without God, remarked, “Probably not a single sermon will be preached in which the perpetrator is predicted to have begun his eternal punishment for his crime after judgment by a just and angry God. A splintered American church driven by a pew-hungry, feel-good message will offer assurances that eternal peace awaits all those who died, including the shooter. The words ‘hell’ and ‘sin’ will very likely not be used in any sermons associated with the massacre. . . . With a weak message from a weak church, there is no restraint or lessening of the violence. . . . In the vast majority of America’s public schools, the authority of God has been replaced with the authority of the iron fist of government. Morals? Without the authority of God, there are no morals, and none are taught in the public schools today. The ethics that are taught are situational, perhaps the same situational ethics that led to the logic that caused the tragic shootings in Newtown.” Former Arkansas governor Mike Huckabee had similar words, reports talkingpointsmemo.com, attributing the mass shooting at Sandy Hook Elementary School in part to restrictions on school prayer and religious materials in the classroom. “We ask why there is violence in our schools, but we have systematically removed God from our schools. . . . . [W]e’ve made it a place where we don’t want to talk about eternity, life, what responsibility means, accountability.”

Next post Christmas Greeting from the GARBC Resource Center