World News Jan. 24: Christian and pro-life groups are decrying President Obama's order that health care plans must cover contraceptives, including abortion-causing drugs. Read more about this and other world news. 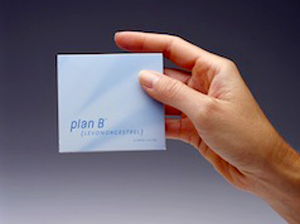 Christian and pro-life groups are decrying President Obama’s order that health care plans must cover abortion-causing drugs and that everyone receive free birth control, notes Baptist Press. The Department of Health and Human Services did make one concession: It will grant an extra year for compliance with the rule to nonprofit employers who presently refuse to cover contraceptives in their insurance plan because of their religious beliefs. Those employers will have until Aug. 1, 2013, to abide by the requirement. The rule goes into effect Aug. 1 of this year for most other health plans. Pro-life and religious freedom advocates found no solace in the one-year delay. Friday’s announcement by HHS Secretary Kathleen Sebelius followed months of protests against an interim final rule issued Aug. 1 2011. Under that guideline, HHS said the controversial 2010 health-care reform law—titled the Patient Protection and Affordable Care Act but dubbed “Obamacare” by its critics—would require health plans and insurers to provide no-cost coverage of FDA-endorsed contraceptives, including ones like “ella” and Plan B that have the ability to cause abortions, and the intrauterine device. Sebelius said Friday she believes HHS’ approach “strikes the appropriate balance between respecting religious freedom and increasing access to important preventive services,” but critics of the rule and the religious exemption did not agree, saying the religious exemption provided in the rule will not protect the conscience rights of such faith-based organizations as schools, hospitals, social service programs, and some churches. “This is bad news for freedom of conscience and for respect for the freedom of religion protections guaranteed in the American Constitution,” said Richard Land, president of the Southern Baptist Convention’s Ethics & Religious Liberty Commission. “Secretary Sebelius is stating that people who have religious convictions against contraceptives or particular types of contraceptives that are abortifacients will have a one-year reprieve before they will be forced to pay for health insurance for that which they find unconscionable. It’s analogous to giving a man on death row a one-year stay of execution. You can follow your conscience for one more year,” Land said. “This is outrageous. And I am sure it will lead many people to hope and to pray that there will be a new secretary of Health and Human Services and a new administration to provide a reprieve from this squelching of conscience before the deadline arrives.”