World News Jan. 31: A former Eastern Michigan University student has the right to present her religious discrimination suit to a federal jury, ruled the U.S. Sixth Circuit Court of Appeals. Read more about this and other world news. 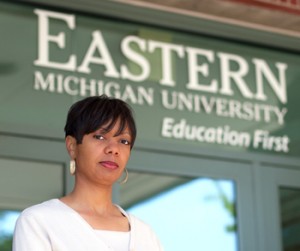 The U.S. Sixth Circuit Court of Appeals has ruled that a former Eastern Michigan University student has the right to present her religious discrimination suit to a federal jury, reports Christianity Today. Julea Ward was expelled  from the university’s graduate counseling program in 2009 after she asked her superiors to refer a gay client to another counselor. She said her Christian faith prevented her from affirming the homosexual lifestyle, but that she would be willing to counsel gays and lesbians on other issues. In 2010, CT reported that a district court judge had ruled in Eastern Michigan’s favor, arguing the university has “a rational basis for requiring its students to counsel clients without imposing their personal values.” Friday’s decision from the Sixth Circuit sends the case back to that court and gives Ward the chance to present her case before a jury. In its opinion, the Sixth Circuit clarified that the fact that Ward asked to refer her client to someone else is what separates her case from a similar case in the 11th Circuit. In December, the 11th Circuit upheld a ruling in favor of a Georgia university that insisted a graduate counseling student keep her beliefs about homosexuality private. Jennifer Keeton sued Augusta State University in July 2010 for violating her First Amendment rights after she was put on a remediation plan in order to comply with the counseling program’s guidelines regarding homosexual clients. A federal court ruled in Augusta State’s favor, saying the university only wanted Keeton to learn to not let her personal views affect her counseling services to gay and lesbian clients, in compliance with the ACA’s code of ethics. Keeton had expressed intent to use conversion therapy on her gay or lesbian clients, whereas Ward planned to refer them to other counselors.

Previous post What to Be When I Grow Up?