World News Oct. 12: A school district will pay hefty legal fees after a federal appeals court decided that the district committed viewpoint discrimination by not allowing a Christian club to remain part of a school's activities program. Read more about this and other news. 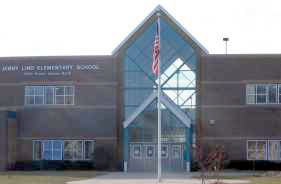 A Minneapolis school district will pay hefty legal settlement fees of at least $100,000 following the decision of a federal appeals court, which ruled that the district committed viewpoint discrimination by not allowing a Christian club to remain a part of an elementary school’s after-school activities program, reports The Christian Post. The action could open the door for similar clubs to gather in the district’s schools as well. Although the fees are high, the district believes they could have been higher if it had waited for the court to decide how much it should pay. “To avoid the time and expense of further litigation, and without admitting any liability, the District is recommending the Board approve a stipulation that would allow the Good News Club to participate in the after school program on an equal basis,” Bernadeia H. Johnson, superintendent of schools, wrote in a recommendation to the school board. In August, the U.S. Court of Appeals for the Eighth Circuit voted 3-0 to overturn a district court’s previous ruling in favor of the school district. The court of appeals said the school district discriminated against the Good News Club, a program sponsored by Child Evangelism Fellowship, when it decided the club could no longer be a part of the after-school program at Jenny Lind Elementary School because of the club’s religious content. Other community partners that also participate in the after-school program include Big Brothers/Big Sisters, the Boy and Girl Scouts, and the Boys and Girls Clubs of the Twin Cities. CEF obtained a permit to host the club’s meetings at the school in 2000, court documents state. When, during the 2005–2006 school year, the school district re-formed its methods of screening groups that wanted to use its buildings for after-school activities, the club was given “community partner” status and was allowed to continue operating as it had before. During the 2008–2009 school year, however, new Site Coordinator Sandra McDonald overheard a prayer and mention of Jesus Christ during one of the club’s meetings, and the district began to question the legality of allowing such an organization to have a spot in its after-school activities program. The next year, the Good News Club was kept on as a community partner, but was denied its spot in the program, which meant it was also excluded from the district’s food and transportation services. As a result, the club’s attendance decreased from 47 students to just five over the course of two years. So, with the help of Liberty Counsel, the group filed for declaratory and injunctive relief and damages, stating that the school had violated its free speech and equal protection rights. “When the government targets a particular viewpoint taken by speakers on a general subject, the First Amendment is violated,” Circuit Judge C. Arlen Beam wrote in the court’s decision. The case in Minnesota is just one of a number of cases involving CEF and the issue of equal access in schools.