World News Sept. 25: Chick-fil-A has cleared up rumors that it has revised its charitable donation policy to exclude "anti-gay" groups. Read more about this and other world news. 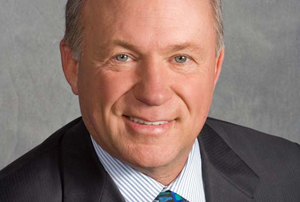 Chick-fil-A has cleared up rumors that it has revised its charitable donation policy to exclude “anti-gay” groups, reports The Christian Post. The fast-food chain’s president told Fox News host Mike Huckabee that it has not made any “concessions” and remains committed to strengthening families. “There continues to be erroneous implications in the media that Chick-fil-A changed our practices and priorities in order to obtain permission for a new restaurant in Chicago,” Cathy told Huckabee. “That is incorrect. Chick-fil-A made no such concessions, and we remain true to who we are and who we have been.” On Wednesday, Chicago Alderman Joe Moreno—along with a gay rights group known as The Civil Rights Agenda—publicly declared victory that he had gotten Chick-fil-A to change its corporate giving policy. Moreno then announced he would “allow” the chain to build a restaurant in Chicago after a period of negotiations. The Chicago alderman had earlier threatened to block the chain from coming to his ward in protest of Cathy’s “homophobic” comments. Cathy had stated in separate interviews this year that he supports the “biblical definition of the family unit” and that America is “inviting God’s judgment on our nation when we shake our fist at him and say we know better than you as to what constitutes a marriage.”