World News Sept. 7: After excluding God from their platform, Democrats hurriedly rewrote their convention platform Wednesday amid criticism to add a mention of God and declare Jerusalem the capital of Israel. Read more about this and other news. 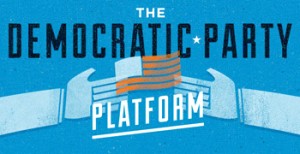 After excluding God from their platform, Democrats hurriedly rewrote their convention platform Wednesday amid criticism to add a mention of God and declare Jerusalem the capital of Israel, reports news.yahoo.com. The embarrassing reversal was compounded by chaos and uncertainty on the convention floor. Three times Los Angeles Mayor Antonio Villaraigosa, the convention chairman, called for a voice vote on the changes and each time the yes and no votes seemed to balance each other out. On the third attempt, Villaraigosa ruled the amendments were approved, triggering boos from many in the audience. The episode exposed tensions on Israel within the party, put Democrats on the defensive, and created a public relations spectacle as Obama arrived in the convention city to claim his party’s nomination for a second term. “There was no discussion. We didn’t even see it coming. We were blindsided by it,” said Noor Ul-Hasan, a Muslim delegate from Salt Lake City, who questioned whether the convention had enough of a quorum to even amend the platform. “The majority spoke last night,” said Angela Urrea, a delegate from Roy, Utah. “We shouldn’t be declaring Jerusalem as the capital of Israel.” GOP officials argued that not taking a position on Jerusalem’s status in the party platform raised questions about Obama’s support for the Mideast ally. Romney said omitting God “suggests a party that is increasingly out of touch with the mainstream of the American people.” “I think this party is veering further and further away into an extreme wing that Americans don’t recognize,” Romney said. “Now is the time for President Obama to state in unequivocal terms whether or not he believes Jerusalem is Israel’s capital,” said Romney spokeswoman Andrea Saul. Republicans declared Jerusalem the capital of Israel in the platform the party approved last week at its convention in Tampa, Fla. GOP platforms in 2004 and 2008 also called Jerusalem the capital.

Next post Men's Retreat Filled with Biblical Teaching and Fun