World News Feb. 12: Pope Benedict stunned the Roman Catholic Church on Monday when he announced he would stand down, the first pope to do so in 700 years. Read more about this and other news. 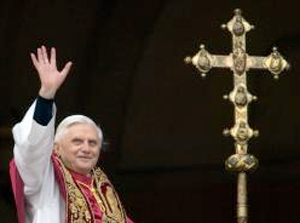 Pope Benedict stunned the Roman Catholic Church on Monday when he announced he would stand down, the first pope to do so in 700 years, saying he no longer had the mental and physical strength to carry on, Reuters reports. Church officials tried to relay a climate of calm confidence in the running of a 2,000-year-old institution, but the decision could lead to uncertainty in a Church already besieged by scandal for covering up sexual abuse of children by priests. The soft-spoken German, who always maintained that he never wanted to be pope, was an uncompromising conservative on social and theological issues, fighting what he regarded as the increasing secularization of society. It remains to be seen whether his successor will continue such battles or do more to bend with the times. Despite his firm opposition to tolerance of homosexual acts, his eight-year reign saw gay marriage accepted in many countries. He has staunchly resisted allowing women to be ordained as priests, and opposed embryonic stem cell research, although he retreated slightly from the position that condoms could never be used to fight AIDS. He repeatedly apologized for the Church’s failure to root out child abuse by priests, but critics said he did too little and the efforts failed to stop a rapid decline in Church attendance in the West, especially in his native Europe. In addition to child sexual abuse crises, his papacy saw the Church rocked by Muslim anger after he compared Islam to violence. Jews were upset over rehabilitation of a Holocaust denier. During a scandal over the Church’s business dealings, his butler was accused of leaking his private papers.