World News Jan. 29: The Boy Scouts of America is reportedly on the verge of changing its policy on homosexuals. Read more about this and other news. 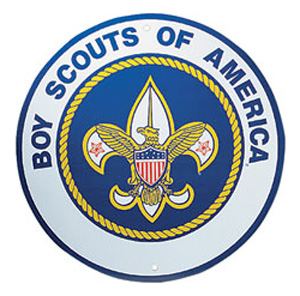 The Boy Scouts of America, one of the last truly great American institutions, which for 100 years has prepared tens of millions of boys for responsible manhood, is reportedly on the verge of changing its policy on homosexuals, reports WordNetDaily. The WND reports said, “Considering that the United States Supreme Court has already sided with the Boy Scouts on this issue, and that a recent Gallup Poll shows most Americans side with the Scouts’ current policy, and that just six months ago BSA national spokesman Deron Smith affirmed the organization’s moral policy excluding homosexuals ‘is absolutely the best policy for the Boy Scouts,’ this current development illustrates—if nothing else—the brutal effectiveness of the relentless intimidation and economic pressure brought to bear on the Boy Scouts by gay rights activists and cultural extremists. Indeed, yesterday Smith did a complete 180 in disclosing in a press statement that BSA is now discussing ending the organization’s decades-long moral standard and, instead, deferring to the local chartering organizations to decide what their own membership standards will be—‘consistent with each organization’s mission, principles, or religious beliefs.’ ‘The policy change under discussion,’ Smith explained, ‘would allow the religious, civic, or educational organizations that oversee and deliver scouting to determine how to address this issue.’ In other words, the BSA would abandon its prohibition on homosexuals and every local Boy Scout troop or Cub Scout pack could do whatever it wanted. As one might expect, traditionally minded Americans are alarmed. They warn this change would spell the end of the Boy Scouts as they have always known it—a quintessentially American, moral and God-based private organization, as exemplified in the Scout Oath ‘to keep myself physically strong, mentally awake and morally straight.’ Family Research Council President Tony Perkins pinpointed the main reason for the BSA’s change of thinking—namely, the attacks on their funding sources by activist homosexuals. Said Perkins: ‘The Boy Scouts of America board would be making a serious mistake to bow to the strong-arm tactics of LGBT activists and open the organization to homosexuality. What has changed in terms of the Boy Scouts’ concern for the well-being of the boys under their care? Or is this not about the well-being of the Scouts, but the funding for the organization?'”