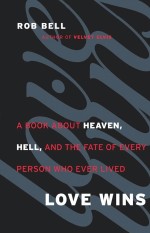 Another evangelical pastor has written a liberal coming-out book, a sad trend that is becoming an annual rite of spring. Last year Brian McLaren surprised nearly no one with A New Kind of Christianity, and this year his friend Rob Bell followed with Love Wins: A Book about Heaven, Hell, and the Fate of Every Person Who Ever Lived. Bell’s book is not as overtly liberal as McLaren’s, but it belongs in the same family.

Bell begins from the liberal premise that human reason and culture should authoritatively interpret the Bible. Overlooking the fact that every New Testament writer taught the final punishment of the wicked, Bell says that a God Who sends people to Hell forever is unbearably “devastating,” “psychologically crushing,” and impossible to love.

There isn’t enough space to detail the many ways Bell mishandles the Biblical text, but here are a few examples to show that Love Wins is not his best effort at presenting the whole counsel of God. Bell’s chapter on Hell claims to present everything the Bible says about that topic, even as it omits the Lake of Fire in Revelation 20:10–15. Bell says that when Jesus told Capernaum it would be “more tolerable for the land of Sodom,” He meant “there’s still hope” that every person who ever lived in Sodom would be saved. And in Jesus’ story of the rich man and Lazarus (Luke 16), the reason the rich man couldn’t leave Hades is because he still considered Lazarus his slave.

Most of the controversy around Love Wins surrounds Bell’s understanding of Hell (i.e., it’s the same place as Heaven, which is also purgatory), whether sinners sent to Hell will have any chances to leave (i.e., yes, as many as they need), and whether Bell is a universalist (practically speaking, yes, because he assumes that everyone will eventually give in to God’s relentless quest, though he says that the hard-core rebels can continually reject God if they want).

While these views are rightly cause for alarm—particularly because they give false hope to people (why repent now if I can make things right after I die?)—Bell’s ideas about Hell and universalism are symptoms of deeper problems. Like other theological liberals, jettisoning everlasting punishment causes Bell to reassess how sinful humans really are. If no one deserves to go to Hell forever, it can only mean that we aren’t that bad.

Ratcheting down human sinfulness puts pressure on the atonement, and Bell concludes that “the sacrificial metaphor” of Christ’s blood being shed for our sin no longer resonates in our world. He replaces it with an existential model in which Jesus’ death and resurrection assure us that “the universe is on our side.” Bell doesn’t think that Jesus’ coming changed anything, but thinks His example may encourage us to accept God’s acceptance of us.

Besides Bell’s obvious weakness on the holiness and justice of God, his existentialist perspective also raises questions about whether God is a distinct being. Sometimes Bell calls God a being, but other times he wonders whether God is a force or an energy.

Suffice it to say that there are many deep and serious problems in Love Wins. However, we may use the book’s popularity to start conversations about what Scripture actually teaches about “Heaven, Hell, and the fate of every person who ever lived.” 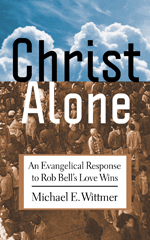