Francis Schaeffer and the Shaping of Evangelical America 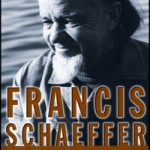 Add this book to your reading of fundamentalist history. This reviewer knew that Schaeffer had a fundamental background with Carl McIntire, but did not know of the details that appear in this writing.

In addition to dealing with Schaeffer’s years in fundamentalism, the book serves as a biography of a man who was very prominent in evangelical circles as well, through L’Abri, his influential writings, and his wife, Edith, who in her own right became a force for the Christian worldview in the last few decades.

Francis Schaeffer is recognized as one of the greatest Christian minds of the past century—quite thrilling in view of a boy who grew up in a mainline liberal church where he realized he was getting nothing by way of answers to life and for a time was an agnostic.

Next post We Become What We Worship: A Biblical Theology of Idolatry

Previous post Resurrection of the Divine: Compelling Evidence for the Risen Christ