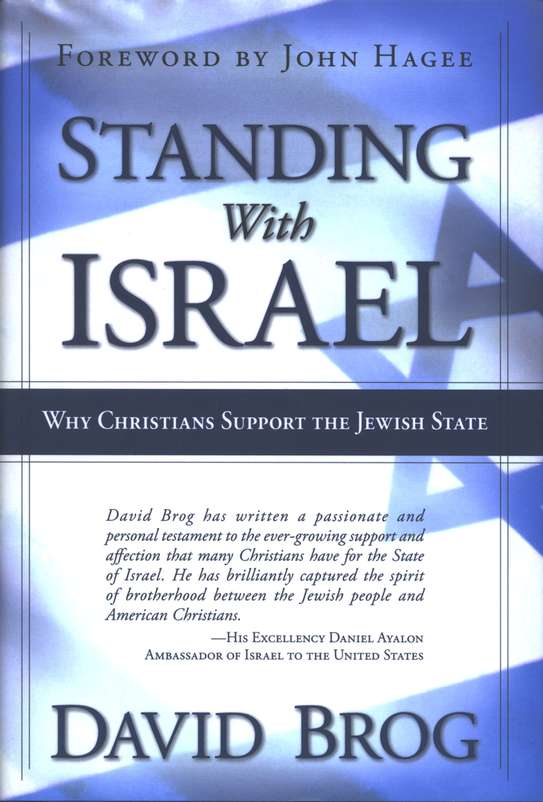 The hot spot of all hot spots in the world is the tiny nation of Israel as it stands surrounded by millions of Moslems in the Arab nations surrounding her. Recent controversies such as the Israeli military response to a blockade-running ship show that this small nation, inheriting a land that God promised to Abraham and his descendants through Isaac, remains a provocative issue. The controversy shows no sign of abating in our present age. While politicians on the world stage seem paralyzed and unable to come to a solution, the world claims peace through worthless ceasefires in a way that reminds one of Paul’s prediction that the unbelieving world will be claiming peace and safety when God’s end-time judgments begin to be poured out upon the earth for the seven years prior to the return of Christ (1 Thess. 5:1–9). Since dispensational Christians believe that Christ will come to rapture the church before this awful day of the Lord’s wrath (1 Thess. 4:13–18), many such Christians are cautiously excited about possible prophetic fulfillment in the present generation. On the other hand, such Christians, who are normally committed strongly to a pro-Israel position, are horrified by the rising tide of anti-Semitism in our day, most of it aimed at national Israel, the military superpower of the Middle East.

With the above sentiments in mind, I was intrigued by a recent book written by a committed Jew. David Brog’s Standing with Israel, published by FrontLine, has as a subtitle the words “Why Christians Support the Christian State.” The book is the perspective of a Jew who is pro-Israel. The purpose of this volume, however, is to show how a change has occurred theologically within Christendom over the last two centuries that has allowed a large and politically powerful contingent of pro-Israel and pro-Jewish Christians to emerge within evangelical, Bible-believing Christianity. The foreword to the book is written by the staunch pro-Israel John Hagee, a Christian pastor from San Antonio who is currently embroiled in the controversy over whether he holds to dual covenant theology, a position rejected by the overwhelming majority of dispensational, pro-Israel evangelicals.

Perhaps writing to Jews more than Christians, Brog downplays the traditional fears that Jews have toward Christians. Historically, Christians often receive deserved and undeserved blame for persecution of the Jewish people. Brog argues that due to the rise of dispensationalism among evangelicals and its associated Christian Zionism, there is a new hope for a measure of reconciliation between Jews and Christians. This is so since there is now a new breed of Christian that rejects the old notion of replacement theology (where the church replaces Israel in God’s plan). The overall message is captured succinctly by Daniel Ayalon, the Israeli ambassador to the United States, on the front of the book jacket: “David Brog has written a passionate and personal testament to the ever-growing support and affection that many Christians have for the State of Israel. He has brilliantly captured the spirit of brotherhood between the Jewish people and American Christians.”

Brog is neither a theologian nor historian. He is a lawyer who in the past has served as the chief counsel and chief of staff of the mostly liberal former Senator Arlen Specter. His background, he points out, is one of fighting against the Christian Right on a number of issues (p. xiii). Thus, he hopes to convey the notion that he brings to the table a discussion that is not clouded by one-sided bias.

In light of Brog’s ethnic and political background, I found Standing with Israel both refreshing and surprising. What is surprising and refreshing is that a Jewish writer would defend dispensationalism at the cultural level when so many Christians, even evangelicals, are heavily criticizing dispensationalism at the precise point that Brog is making. For example, Knox Theological Seminary’s “Open Letter to Evangelicals” posted on its website criticizes dispensationalism for its overt Zionism and leaves the impression that it is much of the cause for wrong political decisions in the Middle East by the Bush administration. Similarly, the evangelical Timothy Weber, a former dispensationalist, in his book On the Road to Armageddon covers much of the same historical developments as Brog, but in somewhat of a negative tone toward dispensationalism and Christian Zionism. Ronald Henzel’s recent work Darby, Dualism, and the Decline of Dispensationalism suggests a decline in the dispensational (and hence Christian Zionist) movement at the present time.  However, scholars cannot have things both ways. It is impossible to assert that dispensationalism is simultaneously a great political force influencing the Middle East and also a movement in serious decline. What may be missed by the scholarly side of the debate is the continuing attractiveness of dispensationalism at the popular level even if certain trends within academia do not support it. Brog’s Standing with Israel brings with it no Christian theological agenda to defend. There is no axe to grind. In the opinion of this reviewer, Brog successfully brings a fresh and positive picture of Christian Zionism to the table of discussion. Hopefully, he will succeed in convincing Jews that they have nothing to fear from Christian Zionists who abhor anti-Semitism as much as any sensitive Jew.

However, while in agreement with the overall aim and assessment of Brog’s work, there are some minor problems with the book that need to be mentioned. Such issues might be the result of the fact that Brog is not trained in theology or the history of Christian thought. While the high level outline is generally correct, some of the details and wording appear to be imprecise or overstated. A couple of examples will suffice. First, in his presentation on John Nelson Darby and the Plymouth Brethren, which emerged in the early 1800s, Brog claims, “What made the Plymouth Brethren unique was not their views on the church but their views on the Jews” (p. 42). This is not theologically or historically correct. While Darby’s view of Israel and the Jews was certainly part of a movement that was fresh and new, his entire system of eschatology, with its focus on Israel in God’s plan, has its roots in Darby’s ecclesiology, especially his understanding of the nature of the universal church. Darby’s view of the church was unique and foundational to his discussion of Israel, a point Brog fails to realize.

A second example to show imprecision and overstatement is Brog’s description of the anti-Semitism of Arno C. Gaebelein, an important American dispensationalist of the first half of the 20th century. Brog simply asserts that Gaebelein was anti-Semitic because he once used the “Protocols of the Elders of Zion,” a fake document alleging Jewish plots against the world.  Unfortunately, the “Protocols” are still used, especially in Islamic parts of the world to denigrate Jews. However, I have vigorously defended Gaebelein against charges of anti-Semitism in my own book The Early Twentieth-Century Dispensationalism of Arno C. Gaebelein. Brog as well as others have been simplistic in approaching this issue, no doubt due to the involvement of the “Protocols.” But Gaebelein is a complicated personality who believed that certain Jews would rise up against other Jews in the last days. One cannot find any shred of evidence that Gaebelein ever criticized Jews because they were Jews. That is, there was never a racial basis for his criticism and such criticisms were never against all Jews. Gaebelein was tremendously heartbroken over the charge of anti-Semitism against him in his own day and even publicly repudiated the “Protocols.” Gaebelein deserves the same evenhandedness that Brog gives to Pat Robertson’s The New World Order in the very next pages of the book. There Brog gives Robertson’s defense against the charges. That is probably because Robertson is one of the major pro-Israel players within American evangelicalism at the present time. Gaebelein, as a representative of a previous generation, did not get the same courtesy on such an important charge. I consider the casual passing on of the charge of anti-Semitism against Gaebelein to be the greatest fault of Brog’s work.

Brog’s Standing with Israel is a book that can be read by scholars and laymen with great profit. In spite of some imprecision and overstatement as I have mentioned above, the book serves as a good survey of the development of replacement theology in the early church. In addition, it adequately highlights the rediscovery of national Israel in the Christian teaching of modern times as evidenced by the rise of Christian Zionism within American evangelicalism. Jews and Christians can unite on one thing—God has a purpose for national Israel. His program for the Jewish people has not been eliminated from the world. With David Brog’s help, perhaps more of us will capture this truth.

Dr. Michael Stallard is the seminary dean, professor of systematic theology, and director of PhD studies at Baptist Bible Seminary, Clarks Summit, Pa. Dr. Stallard’s main areas of teaching are dispensational premillennialism, ecclesiology, Baptist distinctives, and theological method. He has written several articles for publication, including for Journal of Ministry and Theology, Baptist Bulletin, The Conservative Theological Journal, and Bibliotheca Sacra, and is a contributor in Dictionary of Premillennial Theology. He has also written a commentary on 1 and 2 Thessalonians published by AMG Publishers. Dr. Stallard is a frequent speaker at the Conservative Theological Society, the Evangelical Theological Society, and Pre-Trib study group. Dr. Stallard has several years of experience as a pastor, including involvement in inner-city church planting. He is the founder and director of Mission Scranton and the founding pastor at New Life Baptist Church in Scranton, Pa. He blogs at Our Hope. This review was originally published in the Journal of Ministry and Theology and is reprinted here with permission.