World News May 22: An influential African-American evangelical pastor says that many black Christians are in an "adulterous" relationship with President Obama over the issue of same-sex marriage. Read more about this and other world news. 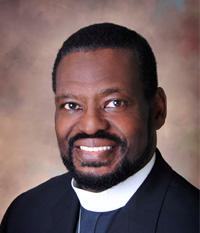 An influential African-American evangelical pastor says that many black Christians are in an “adulterous” relationship with President Obama over the issue of same-sex marriage. In an interview with The Christian Post, Bishop Harry Jackson Jr., pastor of Hope Christian Church in Baltimore, Md., and one of the nation’s most outspoken black pastors, maintains that Obama has drawn a hard line on major theological issues such as same-sex marriage and expects black Christians to compromise their beliefs. The issue of exactly where black Christians stand on the subject of same-sex marriage is what Democratic pundits and Obama campaign advisers want to know. In other words, will Obama’s stance on same-sex marriage impact voter turnout in the African-American community and, ultimately, the November elections? “The black community is in an adulterous relationship with President Obama,” Jackson said. “He is asking us to stray from the most basic tenets of Scripture—that marriage is an institution made by God for man and woman to become one and procreate. He’s telling us it’s fine to hold onto our beliefs but that it’s also okay to accept his stance on a position that goes against that core belief. This is no different than a married person having a relationship with someone other than their spouse.” A recent Public Policy Polling poll shows that approximately 60 percent of black voters in North Carolina are opposed to same-sex marriage. The NAACP, however, has endorsed homosexual marriage even though one expert says that doesn’t reflect the attitude of most African-Americans on the issue. On Saturday, all but two of the 64 members of the NAACP’s board voted to endorse same-gender marriage, aligning the organization with President Barack Obama on the hot-button issue, reports onenewsnow.com.