World News Oct. 9: A man who can rightly be called an American hero was memorialized at the Coronado Naval Air Station Chapel in San Diego on Sept. 20. Read more about this and other news. 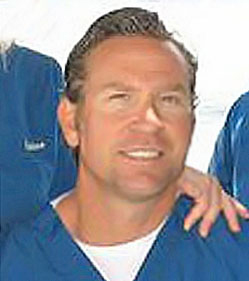 A man who can rightly be called an American hero was memorialized at the Coronado Naval Air Station Chapel in San Diego on Sept. 20, reports Baptist Press. Southern Baptist chaplains participated in the service for retired U.S. Navy SEAL Senior Chief Petty Officer Tyrone Woods, who died in the attack on the U.S. Consulate in Benghazi, Libya, on Sept. 11. On a crystal-clear day, more than 600 people—family, friends and SEAL (Sea, Air and Land) shipmate—bid a final farewell to Woods, 41, a believer in Jesus Christ who was one of four Americans killed by terrorists suspected of coordinating the assault on the compound on the anniversary of the 9/11 attacks on the United States. Woods, stationed at Benghazi with the State Department Diplomatic Security service, and fellow Navy SEAL Glen Doherty saved the lives of many U.S. personnel, according to the State Department. When the consulate came under attack, Woods and Doherty immediately took up defensive positions trying to protect U.S. Ambassador Christopher Stevens and the consulate compound. Woods was the father of three sons, Tyrone Jr., Hunter, and Kai, 3 months old. In addition to his wife and children of Henderson, Nev., Woods is survived by his mother, father, and one sister. Baptist chaplains Don Biadog Jr. and Scott Adams were among the officiates at Woods’ service. “We were privileged to participate in and witness a dignified celebration of the life of Tyrone Snowden Woods,” Biadog said. “He loved God and his country,” Biadog said of Woods, noting that Woods was raised by Bible-believing parents in Portland, Ore. “He served 20 years of honorable service in the U.S. Navy before joining State Department Diplomatic Security. As a Navy SEAL in 2005–06, Woods was awarded the Bronze Star with combat ‘V’ for valor in Iraq. He led 12 direct action raids and 10 reconnaissance missions leading to the capture of 34 enemy insurgents in the volatile Al Anbar province.” Woods also served with the U.S. State Department Diplomatic Security service in Latin America before his assignment in Libya. “Their heroism is extraordinary when you contemplate the odds they were facing,” Biadog said. “Woods and Doherty fought through the firefight, and yet they held their position providing time for the other consulate employees to be rescued. In about two to three hours, they held off the attackers under heavy and severe automatic weapons fire, including RPGs and mortar rounds hitting on their position around the consulate grounds. Eventually they were overwhelmed by a numerically superior force, certainly knowing they were going to lose their battle.”