World News Dec. 20: The battle over a nativity scene in Athens, Texas, reached new heights this past weekend when up to 5,000 supporters flooded the town square. Read more about this and other world news. 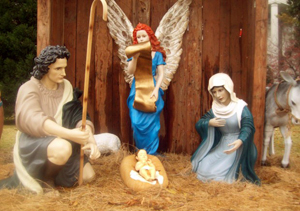 The battle over a nativity scene in Athens, Texas, reached new heights this past weekend, reports theblaze.com, when up to 5,000 supporters flooded the town square to stand firmly opposed to the attacks a prominent atheist group, the Wisconsin-based Freedom From Religion Foundation, has waged on the religious display. The group frequently targets the presence of faith and religion in the public square, and is demanding that a nativity scene be removed from public property. On Saturday, thousands of supporters assembled in Athens Town Square to rally around and support the religious display. Some likened the ever-intensifying scenario to a “holy war.” Supporters of the nativity scene believe that Christianity in America is being attacked. “It’s time for us to stand together and protect the very principles that made this nation great from its birth,” said Pastor Nathan Lorick, a nativity scene supporter. ”We’ve become so busy with our lives that we’ve forgotten our first love.” Rather than a protest, the event reportedly resembled more of a church service, as thousands said prayers and sang hymns. ”What we need Christians is to stand and say Jesus Christ is the only way,” Pastor Derek Rogers proclaimed.