World News Feb. 28: Kentucky Baptists were victorious in their effort to stop seven casinos from entering the state when a bill fell short of the votes it needed in the state Senate. Read more about this and other world news. 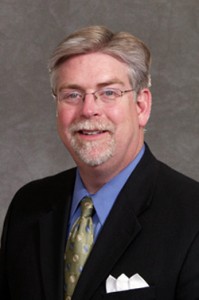 Kentucky Baptists were victorious in their effort to stop seven casinos from entering the state when a bill fell short of the votes it needed in the state Senate Feb. 23, reports Baptist Press. For more than a decade, Kentucky legislators have debated the idea of expanding gambling in the state beyond the lottery and horseracing tracks they already have. The measure, defeated Feb. 23 by a vote of 21–16, would have placed the issue on the ballot in November. The day after the bill’s defeat, Hershael York, pastor of Buck Run Baptist Church in Frankfort and preaching professor at Southern Baptist Theological Seminary in Louisville, prayed Psalm 118 in Hebrew as an invocation in the Senate. In English, the psalm begins, “Give thanks to the Lord, for He is good. His love endures forever.” York led Kentucky Baptists’ effort in stopping expanded gambling, stirring controversy in January by leading a joint session of the legislature in a prayer for God to defeat the governor’s chief legislative proposal. “Help us to admit that we cannot truly love our neighbor as ourselves and then scheme to get his money by enticing him with vain hope,” York prayed. York, a former president of the Kentucky Baptist Convention, also organized a rally at the state capitol Feb. 21 in which about 250 pastors and concerned citizens from various denominations spoke out against gambling. Adam Greenway, president of the Kentucky Baptist Convention and assistant professor of evangelism at Southern Seminary, said gambling is a wrong way for states to generate revenue. “Given our first conviction to biblical authority and doing what is right in the eyes of God, it is our belief that the state has the mandate to promote the general welfare, not exploit people,” Greenway said. R. Albert Mohler Jr., president of Southern Seminary, addressed the issue of gambling in blog posts at albertmohler.com. “The Bible is clear on this issue. The entire enterprise of gambling is opposed to the moral worldview revealed in God’s Word,” Mohler wrote Feb. 20. “The basic impulse behind gambling is greed—a basic sin that is the father of many other evils. Greed, covetousness, and avarice are repeatedly addressed by Scripture—always presented as a sin against God, and often accompanied by a graphic warning of the destruction which is greed’s result. The burning desire for earthly riches leads to frustration and spiritual death.”

Next post Getting the Right Results from Your VBS