World News May 24: Oklahoma Baptist disaster relief workers were in action immediately after the tornado hit. Read more about this and other news. 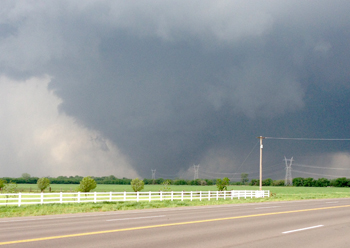 Oklahoma Baptist disaster relief workers were in action immediately after the tornado hit, responding with feeding units, debris cleanup, and chaplains, Baptist Press reports. Sam Porter, director of disaster relief for the Baptist General Convention of Oklahoma, said, “Anywhere from 24 to 40 chaplains [will be] on the ground every day all across the storm track just to give emotional and spiritual care to people and give them hope because that’s where we find a great place to minister in disaster relief.” Oklahoma Baptist chaplains were on the ground at the two destroyed elementary schools with the families as they searched for their children, Porter said, and the leader of the chaplaincy effort was involved in several official notification visits. Porter reported that 5,500 Oklahoma Baptists were trained in disaster response before the Moore tornado hit, “and today is the day. It’s game-time in Oklahoma with disaster relief.” Residents of Moore were being allowed back into their demolished neighborhoods Wednesday afternoon, and the death toll stood at 24, including at least 10 children. The National Weather Service upgraded the storm to an EF5, estimating its winds at more than 200 miles per hour. Early estimates indicate the cost of damage from the tornado could exceed $2 billion.

Next post Alternatives to Boy Scouts Sought After Decision