World News Feb. 1: Frank S. Page issued comments on the current focus on the Boy Scouts of America. Read more about this and other news. 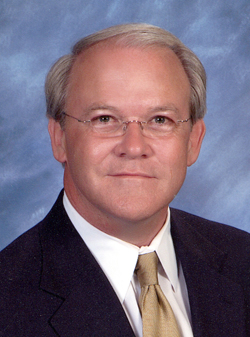 Frank S. Page, president of the Southern Baptist Convention’s Executive Committee, issued comments on the current focus on the Boy Scouts of America and a probable change in their long-standing policy against allowing openly practicing homosexuals into positions of leadership in their national scouting organization, reports Baptist Press. Said Page, “Little did I know when I called on Southern Baptists to dedicate 2013 as a year of prayer for spiritual awakening that we would have so much to pray for so early into the New Year. When I received a call from the Boy Scouts two weeks ago asking for a face-to-face meeting, I somehow knew it would not be good. I was gravely distressed. But, what was even more distressing was to hear how far down the path toward change they had already traveled. After a time of prayer and consultation with several other leaders, including our SBC president Fred Luter, I sent a letter asking them to reconsider. On Monday (Jan. 28), I was on a conference call with three of their top leaders. What a distressing moment! I learned that their recommendation to the full board was already formalized before we were even informed a change was being considered. Is there a ray of light at the end of this tunnel? Is there a silver lining to this ominous cloud hanging over an organization I have lauded and loved? Yes, there is. First, there is worship. . . . We must never forget that God is still on His throne! Second, there is providence. I find it very interesting that the Scouts themselves set the first Sunday in February (this weekend, Feb. 3) as Scout Sunday. This means that across our nation, thousands of churches will be focusing their attention on the Boy Scouts. I strongly urge every Southern Baptist member and congregation to direct our prayers toward the heavenly Father that the board members will reject this recommendation. Focused prayer on Sunday; board meeting on Monday. What a divine moment! Third, there is action. While we pray, let us act. I was told by the Scout leaders that they have received petitions asking them to reverse their long-standing, principled policy. . . . Fourth, there is prayer. We should never confuse prayer as a substitute for human action. But, neither should we treat human action as if it were equal in effect to prayer. At the end of the day, the action steps we take can only do so much. Apart from the wooing influence of the Holy Spirit, the human heart remains stone cold to His purposes. Intercessory prayer is more than a quick rush of words in the midst of our busy schedules; it is a focused time of intense beseeching before the Father. Let us pray like never before!”

Previous post Leaders Learn about the Business Side of Ministry