World News April 20: Arizona Gov. Jan Brewer has signed into law a bill that allows classes that focus on the Bible and its influence on western civilization. Read more about this and other world news. 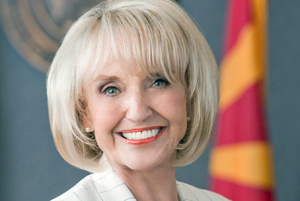 Arizona Gov. Jan Brewer has signed into law a bill that allows the establishing of elective classes that focus on the Bible and its influence on western civilization, reports The Christian Post. Sponsored by State Representative Terri Proud, House Bill 2563 was passed by a 21 to 9 vote in the state Senate last Thursday and signed by Brewer on Tuesday. The Bible class elective would teach students, among other things, “the contents of the Old Testament and the New Testament,” “the history recorded by the Old Testament and the New Testament,” and the “influence of the Old Testament and the New Testament on laws, history, government, literature, art, music, customs, morals, values and culture.” HB 2563 was not without its critics, as church-state groups like Americans United for the Separation of Church and State openly opposed the bill’s passage. Joe Conn, spokesman for Americans United, told The Christian Post that he was “disappointed” by the signing of the bill. “This bill is not about improving academic achievement; it’s about introducing religious indoctrination into the schools and currying favor with conservative religious voters,” said Conn. “I think most public schools will decide not to offer Bible courses. They are already strapped for funds, so I doubt if they’ll want to use scarce resources to intervene in such a controversial topic.” While Conn believes that the “Bible obviously played an important role in history,” he also felt that having a social studies class about it would be difficult given the many Bible translations and interpretations. “It is very difficult for a public school to teach about the Bible without wandering into constitutional and religious difficulties.” Rep. Proud, the chief sponsor of the bill, told CP in an earlier interview that she “worked with various attorneys and other individuals to ensure this bill is constitutionally sound.” “Many professors from various universities like Harvard, Yale etc. have stated that biblical knowledge is a key factor to a successful education,” said Proud. With the bill now officially a law, Arizona becomes the sixth state to allow school districts to create elective classes studying the Bible. The other states are Georgia, Oklahoma, Tennessee, Texas, and South Carolina.