World News Sept. 14: Anti-American protests erupted across the Middle East Friday, following weeklong demonstrations outside of several U.S. embassies and a 9/11 attack on the U.S. Consulate in Libya. Read more about this and other news. 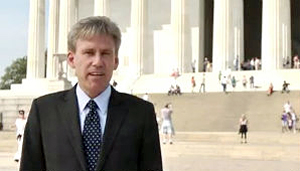 Anti-American protests erupted across the Middle East Friday, following weeklong demonstrations outside of several U.S. embassies and a 9/11 attack on the U.S. Consulate in Libya that left the U.S. ambassador and three others dead, Fox News reports. Protesters reportedly broke into the German Embassy in Sudan—pulling down its emblem and raising the Islamic flag—and demonstrators in Lebanon set a Kentucky Fried Chicken restaurant on fire while chanting against the pope’s visit to Lebanon. In Egypt, riot police clashed with angry protesters blocks away from the U.S. Embassy in Cairo as the president went on state TV and appealed to Muslims to protect embassies, trying to patch up strained relations with the United States. Several hundred protesters massed in Cairo’s Tahrir Square after weekly Muslim Friday prayers and tore up an American flag, waving a black Islamist flag. When protesters tried to move toward the embassy, several blocks away, they were confronted by lines of police who fired tear gas. “With our soul, our blood, we will avenge you, our Prophet,” they chanted. Fox News reports that the State Department was warning American citizens in even more countries to be on alert as anti-U.S. protests spread to Oman and showed no signs of stopping there. The Department of Homeland Security and the FBI also issued a joint intelligence bulletin warning that the violent outrage aimed at U.S. embassies could be spread to America by extremist groups. The U.S. Embassy in Cairo at first issued a statement saying, in part, that it condemns “the continuing efforts by misguided individuals to hurt the religious feelings of Muslims—as we condemn efforts to offend believers of all religions.” The Romney campaign issued a statement overnight calling that response “disgraceful,” prompting criticism from the president’s campaign, reports Fox News. The Obama campaign accused Romney of launching a “political attack” as reports were first surfacing that one American had been killed. By Wednesday morning, the death count was at four. Romney, as he condemned the “outrageous” Libya attack during a stop Wednesday in Jacksonville, Fla., did not back down from his criticism of Obama. “I think it’s a terrible course for America to (issue) an apology for our values,” Romney said. “An apology for America’s values is never the right course.” Meanwhile,  The Washington Times posted a video clip reportedly originating from the Libyan Free Press confirming the sodomization of Ambassador Stevens prior to his being murdered.