Ann Romney Criticized for Being a Stay-at-Home Mom

World News April 13: In response to the political battle for female voters, the exchange elevated to "mommy bashing" when Hilary Rosen leveled a blow at Mitt Romney's wife. Read more about this and other world news. 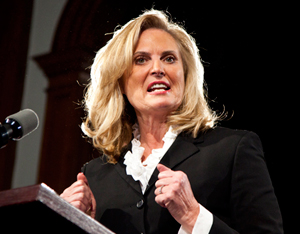 In response to the recent political battle for female voters, the exchange elevated to “mommy bashing” Thursday when Democratic strategist Hilary Rosen leveled a blow at Republican Mitt Romney’s wife, Ann, reports christiannewswire.com. Rosen suggested that Ann Romney was ill-equipped and not relatable to disadvantaged women because she “hasn’t worked a day in her life.” Mrs. Romney in response to the comment, stated, “My career choice was to be a mother.” She also said her husband often told her that her job was more important than his role as family breadwinner. Stay-at-home mothers in America are piping up in support of Ann Romney. Deanna Jones, mother of seven and author of To Be a Mother, claims that she is used to this “predictable” attack on mothers, especially from the liberal left: “I guess since Sarah Palin and Michelle Bachmann are currently less visible to the mainstream media, the obvious target is Ann Romney. Many of us have made the choice to either forgo a career or leave the workplace and commit ourselves to the rewarding, but difficult, task of raising our children. Hilary Rosen is just echoing feminist rhetoric that, in reality, is disconnected to what is representative of American women. More and more women are making the choice to stay at home with their children. We are bright, intelligent and contributing on a grand scale to the American economy. Ms. Rosen is doing her party a huge disservice in revealing how out of touch the Democrats are in understanding the influence stay-at-home moms have in this election.”