World News May 28: People concerned about the Boy Scouts' membership policy are seeking alternative groups to join. Read more about this and other news. 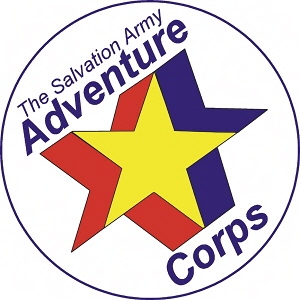 They have pledges. They have merit badges. And they may go camping. But they’re not the Boy Scouts. They are alternatives to the BSA, which last week changed its membership policy to admit homosexual members. Boys’ groups like Pathfinders (Seventh-day Adventist), Royal Ambassadors (Southern Baptist), and Royal Rangers (Assemblies of God) are fielding inquiries from people concerned about the BSA action, reports christianitytoday.com. Other alternative boys’ clubs are not as denominationally tied. Founded by the Salvation Army in the 1980s, Adventure Corps includes about 1,300 units of boys from grades 1–8. The program focuses on teamwork, leadership, and Christian fellowship. Membership in the Salvation Army is not necessary. Founded in 1952, Calvinist Cadet Corps includes boys in first grade through high school. The evangelical organization has about 400 U.S. clubs. Its weekly meetings include a Bible lesson. Founded in 1946, Caravan includes about 600 clubs in U.S. churches affiliated with the Church of the Nazarene. Founded in 1937, Christian Service Brigade includes about 300 units of boys in first through 12th grades. This evangelical organization aims to build boys’ character with an emphasis on the Bible. Frank Page, president of the Southern Baptist Convention’s Executive Committee, said the Boy Scout change “would force sponsoring churches to subordinate their convictions to stay involved with the Boy Scouts.” The Assemblies of God offices in Springfield, Mo., have received many calls in the last few months about its Royal Rangers program. “The inquiries come in waves, increasing each time a new report on the topic releases,” the denomination said. Dick Broene, executive director of the Calvinist Cadet Corps, said his evangelical organization heard from Scout leaders who had considered leaving the BSA when it appeared the group might change. The CCC includes Bible lessons in weekly meetings and connects merit badges to Scripture. “We are very similar in many ways, with the merit badges and rank advancement, uniforms and emphasis on camping,” said Broene, whose organization drew 1,200 participants to a 2011 triennial Camporee in Michigan. “The difference is we have Christ at the heart of everything we do.” Religious groups charter 70 percent of the Boy Scout–sponsoring organizations. “That relationship is at risk, as is the future of one of the last nonreligious institutions that has not yielded to political correctness,” said a narrator of a simulcast, which was hosted by the Family Research Council. Boy Scouts officials are quite aware of the potential effect of the gay-related policy change on their local religious units. A policy change about both leaders and members could cause “membership losses in a range from 100,000 to 350,000.” In related news, Southeast Christian Church in Louisville, Ky., a large congregation of more than 30,000 members is one of the first churches to break ties with the BSA after last week’s decision, usatoday.com reports. “We want everyone, including ourselves, to live by biblical standards,” said Tim Hester, executive pastor.