World News Jan. 18: The Alabama Supreme Court has ruled that “unborn children are persons with rights that should be protected by law.” Read more about this and other news. 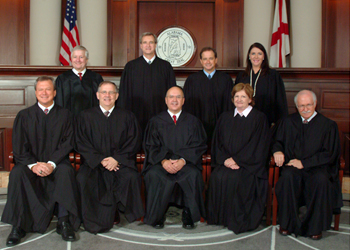 The Alabama Supreme Court has just ruled in a case that “unborn children are persons with rights that should be protected by law,” reports cnsnews.com. The case involved two women who had been charged under a “chemical endangerment” law because they had ingested illegal drugs—one, cocaine, and the second, methamphetamine—while pregnant. One woman’s baby tested positive for cocaine when born; the other baby was born prematurely and died shortly thereafter due to “acute methamphetamine intoxication.” They women appealed their convictions, with their lawyers making numerous arguments but one in particular: that the word “child” does not apply to an unborn child or a fetus. The Court said otherwise. In its concluding remarks, the Alabama Supreme Court said, “The decision of this Court today is in keeping with the widespread legal recognition that unborn children are persons with rights that should be protected by law. Today, the only major area in which unborn children are denied legal protection is abortion, and that denial is only because of the dictates of Roe. Furthermore, the decision in the present cases is consistent with the Declaration of Rights in the Alabama Constitution, which states that ‘all men are equally free and independent; that they are endowed by their Creator with certain inalienable rights; that among these are life, liberty and the pursuit of happiness,'” said the Court. Meanwhile, on Tuesday, Jan. 22, thousands of citizens across the nation will be marking a tragic anniversary with prayer and visits to hundreds of memorial sites, reports christiannewswire.com. They will be remembering the lives of the over 55 million children killed by abortion in the United States since the Supreme Court’s 1973 Roe v. Wade decision.