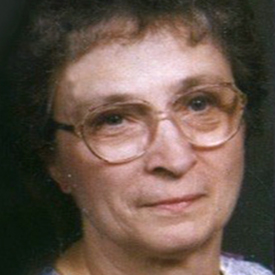 Phyllis served alongside her late husband, Charles, as he was a pastor in Monroe, Iowa; Washington, Iowa; and Algona, Iowa. They then served in a camp ministry in Indiana and returned to church ministry in Webster City and Mount Ayr, Iowa.

Phyllis often served as the church secretary and pianist and was actively involved in music ministry, teaching, VBS, and the numerous unseen ministries of a pastor’s wife. For many years she also served in various capacities during weeks of camp at Iowa Regular Baptist Camp.

In early 2016 Phyllis and Charles became residents of Clearview Home in Mount Ayr. The family thanks Clearview Home for “the dedicated and compassionate care that both Phyllis and Charles received while residing there. We are especially grateful for the loving care that Mom continued to receive during this time of COVID and during her final weeks as the staff took on the role of family when we could not be there.”

She is survived by her children, Barbara Hamburger, Cecilia Kempf, and Gordon; seven grandchildren; and 11 great-grandchildren.