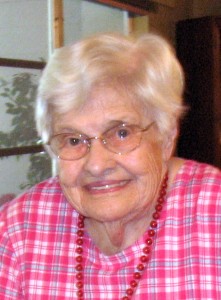 Mabel came to know Christ in her early 20s and soon after met John. They married in November 1933. John and Mabel separated from the Northern Baptist Convention in 1933 with Dr. R. L. Powell and started Temple Baptist Church, Tacoma, Wash., one of the first separatist Baptist churches in the Pacific Northwest. The Strongs served as youth leaders, with Mabel teaching Sunday School, working in ladies’ ministries, calling on people, and opening her home to others, including Dr. Robert T. Ketcham, GARBC national representative from 1948 to 1960. In 1949 the Strongs moved to Johnson City, N.Y., where John served at First Baptist Church and attended Baptist Bible Seminary, Clarks Summit, Pa.

John became pastor of Calvary Baptist Church, Painesville, Ohio, in 1955. Mabel served beside him as church secretary and Sunday School teacher and was involved in the choir, ladies’ ministries, and Vacation Bible School. From 1975 to 1986 John was interim pastor in five churches in Indiana and Iowa, and was associate pastor of Maranatha Baptist Church, Sebring, Fla., until he was called Home in 1986. For years Mabel served as missionary correspondent for the church and supported missionaries and Christian works around the world.

Mabel was preceded in death by her husband John, and her son, John.

Survivors include her three children, Yvonne Hoag, Polly, and Tom.