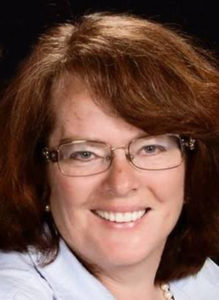 Lynda served with her husband, Ted, as pastor and wife at Curtisville Baptist Church, South Branch, Michigan. They previously ministered at Limestone (Michigan) Baptist Church, a church Ted’s father had pastored for 31 years. Ted and Lynda served there as church planters with Continental Baptist Missions from the time Ted’s father retired in 1992 until the church became autonomous in 2014. Lynda said in 2014 that the church’s graduation to a self-supporting status was a “culmination of all the years of effort to become a lasting lighthouse in the center of the Upper Peninsula of Michigan.”

She is survived by her husband, Ted, and their son, Russell.