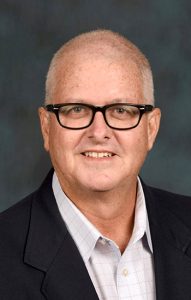 PARMA, Ohio—Douglas Reiner, a longtime missionary with Baptist Mid-Missions, died May 2 following a battle with pancreatic cancer. He was 53.

Doug grew up in Northeast Brazil with his missionary parents, Harold and Joan Reiner. Doug accepted Christ as his Savior at age 5 while attending Vacation Bible School, and from that point, he felt God calling him to a life of ministry.

Doug attended Summit University, where he met his wife, Renate. After graduating from Summit University and marrying in 1986, Doug and Renate became church planters in Northeast Brazil with Baptist Mid-Missions. They arrived in Brazil in June 1987. In addition to being a church planter, Doug was interim pastor of three Brazilian churches, director of Treasure Island Camp, president and treasurer of the BMM northeast region, treasurer of the Brazil field, and director and ministry facilitator of the Fortaleza ministry complex.

In 2016, Doug accepted a new role with Baptist Mid-Missions as administrator of missionary finance at the organization’s headquarters in Cleveland. A week before he was to start, doctors discovered he had pancreatic cancer. In between chemo treatments, he kept up with his job at the office and from his home.

Doug “was the go-to guy for questions about finance, policy, and the ins-and-outs of the Brazilian financial system,” says Andrew Comings, a BMM missionary to Brazil. “But more importantly, the spiritual and personal impact Doug Reiner had here in Brazil was enormous. Through his tireless work in the São Francisco Valley, countless people came to Christ and a small army of young men and women were motivated and equipped for ministry.”

Doug is survived by his wife, Renate; and two children, Alex and Candice.