Catherine Buck, a pastor's wife and missionary, died in the early morning hours of April 27. 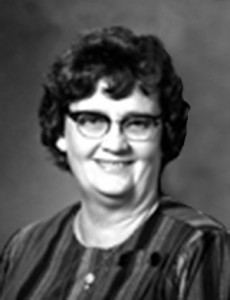 Catherine Buck, a pastor’s wife and missionary, died in the early morning hours of April 27.

“Even before [Catherine’s husband] Raymond passed away in 2008, her mind was being ravaged by Alzheimer’s,” says Kevin Bauder, a research professor at Central Baptist Theological Seminary. “But I can remember the days when she was a bright and gracious woman, a model for seminary wives, and a helper suitable for a Christian statesman.”

Catherine and C. Raymond Buck served the Lord together during the 63 years they were married. Catherine served alongside Raymond as he pastored churches in Kansas: First Baptist in Waverly; Bonner Springs Baptist, where Catherine’s parents attended; First Baptist in Atchison; and Beth-Eden Baptist in Wichita.

The Bucks were also missionaries to French Equatorial Africa with Baptist Mid-Missions, the mission agency of which Raymond would become president in 1983. When Raymond retired from the mission agency’s presidency in 1989, the Bucks relocated from Ohio to Minnesota, as Raymond became a professor and chairman of the Department of Missions at Central Baptist Seminary.

“Most of the world—even the fundamental Baptist world—will never know about Catherine Buck,” Bauder says. “The truth is that Raymond could not have done what he did without her. She supported his ministry in the pastorate, then in Africa, then in Ohio, then at Central Seminary. During his last few years she became his most important ministry. She was a gracious woman of God, and she deserves to be remembered.”

She was the mother of four children: Charles, Cheryl, Christina, and Richard.