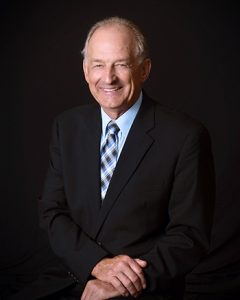 REDDING, Calif.—Al Franklin, a longtime pastor and Bible teacher, died Oct. 10. He was 77.

Al was pastor of McKinleyville (California) Baptist Church from 1968 to 1975 and Grace Baptist Church, Redding, California, from 1975 until his retirement in 2015.

In addition to serving as a pastor, Al taught freshman Bible and senior Bible at Liberty Christian High School, Redding, California, as well as Bible exposition and homiletics at Shasta Bible College and Graduate School and Cornerstone Bible Institute in South Dakota.

“Al’s ministry was a model of pastoral faithfulness and top-notch expository Bible preaching,” says David Gunn, director of Regular Baptist Press, who was ordained at Grace Baptist Church while Al was pastor. “I learned so much from him over the years, and I especially appreciated his stalwart faithfulness to Biblical inerrancy and his passion for the grace of God. I rejoice in the knowledge that he is now with the Savior he served so well.”

He is survived by his wife of 55 years, Pat; three sons, Andy, Joe, and Todd; and nine grandchildren.

A memorial service will take place Oct. 21 at 1:00 p.m. at Grace Baptist Church in Redding.