When Tragedy Drops In 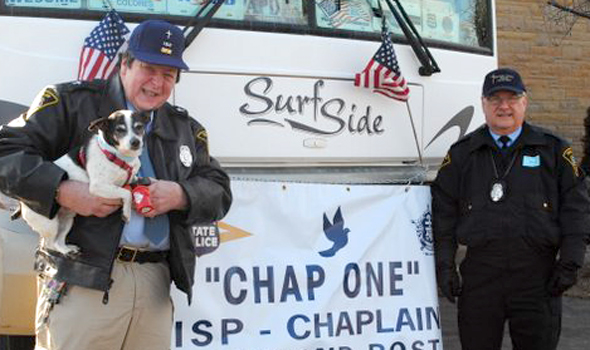 SOUTH BEND, Ind.—On a cool Friday just before Palm Sunday, Chaplain John Murdoch, director of Regular Baptist Chaplaincy Ministries, was walking through a quiet neighborhood in South Bend, Ind. It is a close-knit neighborhood where everyone knows each other. However, it is a neighborhood that is desperately trying to get back to normal—a new normal that would take much time and effort to become comfortable.

A week earlier a plane trying to land at the South Bend Airport had made a second approach, lost power, and crashed into the neighborhood. Chaplain Murdoch was there as part of a combined Indiana State Police Chaplaincy and Indiana Mental Health Department team ministering to residents. The entire neighborhood was affected, but three families in particular were struggling with the impact of the plane crash. Two homes were destroyed, and owners of a third were in the difficult decision process of whether to repair or replace their home. 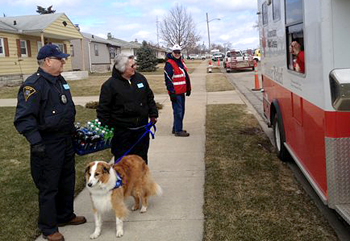 The ongoing saga with insurance companies was at its peak. Opportunities to interact with police, emergency workers, and residents were abundant. One gentleman shared that he heard the plane, looked out his window when the engines quit, and watched the plane head straight toward his home. At the last moment it banked to the right and landed in the homes across the street.

Lives were lost in that plane crash. Survivors’ lives were changed. They deeply cared for each other. One lady whom Chaplain Murdoch spoke to shared that she had just gotten home from a hip replacement surgery. “I can’t get out, but I will make meals for those who need them if someone else will deliver them.”

Partnering with the Salvation Army and Red Cross, as each had disaster teams there with food and refreshments for the workers and the neighbors, the chaplaincy team went door to door to homes and businesses within a four block radius of the crash, answering questions and observing whether anyone needed further follow-up.

“As I assisted, I was able to watch for doors to open in our conversations to provide the opportunity to meet spiritual needs as well as physical,” Chaplain Murdoch says. “Once again our motto in the chaplaincy ministry came into focus: intersecting lives with Truth at points of greatest need.”