Patricia Miller, a pastor’s wife who ministered to college students, died Dec. 9. She was 82. 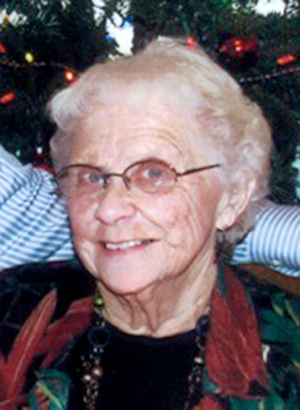 Patty met Harold “Hal” Miller while in first grade and later dated him in high school, marrying him Sept. 7, 1951. A short time later, after Hal became a Christian and was called back into the Navy, Patty also accepted Christ as her Savior. Together they studied God’s Word and joined a Bible-believing church, which caused their faith in Jesus to grow abundantly.

Hal attended seminary and became a pastor in Johnson City, N.Y. In 1961 the family moved to Iowa Falls to minister in another church and, while there, started a ministry called Campus Bible Fellowship. In 1974 the couple moved to Cedar Falls, Iowa, to continue the CBF ministry at the University of Northern Iowa. Patty became very involved in witnessing and discipling new Christians.

In 1983 the couple moved to Iowa City to pastor a church and work with university students. The Lord then directed them to Boulder, Colo., in 1987 to pastor Flatirons Baptist Church and minister to international students at Colorado University.

Throughout their years, the couple traveled overseas both for enjoyment and to begin CBF ministries in various countries. In retirement, Hal and Patty served in the Boulder County Jail, where Patty had the opportunity to share the love of Christ with many female inmates right up to her pancreatic cancer diagnosis.

GARBC National Representative John Greening and his wife, Daria, got to know Patty early in the Greenings’ ministry when they were serving in Waterloo, Iowa. At the time, the Millers were ministering at the University of Northern Iowa. John says, “Heaven will know the far-reaching influence Hal and Patty had for making disciples. Together they touched lives by opening their lives and home. They set a high standard of Great Commission service. Patty’s faithfulness will be richly rewarded by her Master and Savior.”

Patty was preceded in death by her daughter, Leslie.

Previous post Should your Church Give Receipt Letters to Donors?