GRAND RAPIDS, Mich.---Henry A. Osborn Jr., a missionary and linguistics professor who helped with Bible translation projects for 78 languages, died May 13. He was 86. 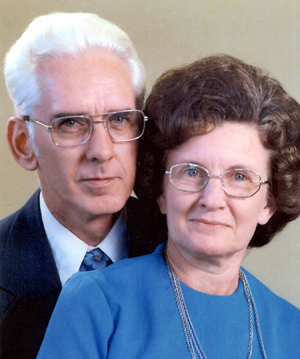 GRAND RAPIDS, Mich.—Henry A. Osborn Jr., a missionary and linguistics professor who helped with Bible translation projects for 78 languages, died May 13. He was 86.

Henry Osborn began his college career attending Columbia Bible College just before Pearl Harbor. There he would meet his wife, Anne, and earn a BA in Religious Education. After graduation, Henry attended the Summer Institute of Linguistics in Oklahoma, married Anne in 1948, and began to study linguistics at Indiana University.

During that time Henry and Anne became missionaries with Baptist Mid-Missions and began working among the Warao in Venezuela. His missionary work led to the completion of a doctoral dissertation from Indiana University on Warao phonology and morphology. While a missionary, he published extensively on Warao phonology and folklore, and his work appeared in academic journals in Venezuela and the U.S., including the International Journal of American Linguistics.

In 1969 Dr. Osborn was invited by President Wilbert Welch to join the faculty of Grand Rapids Baptist College (now Cornertone University). During his 17-year tenure, he implemented the linguistics program and contributed significantly to the missions emphasis of the college. At various times he also worked as associate dean of students, division chair, and interim academic dean. Cornerstone Universtity has honored him by establishing the Henry Osborn Award in Applied Linguistics and TESOL. During that time, the Osborn family joined Northland Baptist Church, Grand Rapids, Mich.

In a 1977 Baptist Bulletin article, Osborn called for a renewed interest in “Bible based literature for all ages, better than that of Biblically weak large denominations, unavailable in many of the languages of more than a million speakers. Innovative ideas are needed to open the doors to the culturally closed households.”

While teaching in Grand Rapids, Henry and Anne used their summer breaks to continue their work with the Warao and other Bible translation projects for Baptist Mid-Missions. He helped Baptist Mid-Missions establish the Arriba, a cross-cultural study program in Peru for students to study Spanish and linguistics. Dr. Osborn left Cornerstone University in 1986 to work as the chief translation consultant for Bibles International.

He is survived by his children, Stephen and Sherry Osborn, Dr. Grace and Dr. Keith McCune, David and Lori Osborn, and Elizabeth and Pastor Kevin Alber; 10 grandchildren; five great-grandchildren; a brother, Donald and Joette Osborn; and nieces and nephews.