ANKENY, Iowa—In a time when popular culture is decidedly antifamily and seeks to blur or even eliminate gender differences, attendees at the 2013 Men for Christ rally were reminded that God intends men to exhibit godliness in every area of their lives. 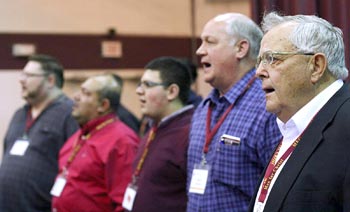 ANKENY, Iowa—In a time when popular culture is decidedly antifamily and seeks to blur or even eliminate gender differences, attendees at the 2013 Men for Christ rally were reminded that God intends men to exhibit godliness in every area of their lives.

“We were blessed again this year as Men for Christ met on the campus of Faith Baptist Bible College,” says Thorin Anderson, president of MFC. “Dr. Maxwell and his staff made us welcome and graciously accommodated the several hundred men who attended to hear a number of speakers address the theme ‘Man of God.’”

Anderson says, “We were challenged to Christlike manhood in our relationships with our wives and children, in the workplace, and in our neighborhoods. We were reminded that the Lord has called us to lead the charge, so-to-speak, in reaching the nation and the world with the gospel.”

Sessions covered topics like measuring success God’s way, setting Biblical priorities, and the personal disciplines essential to a Spirit-filled walk. Author James Daughtry was on hand to introduce his men’s Bible study, When I Became a Man. Attendees were encouraged to be men of God in their local churches, helping lift the hands of their pastors and other church leaders and learning the disciplines of daily devotions and Bible study. 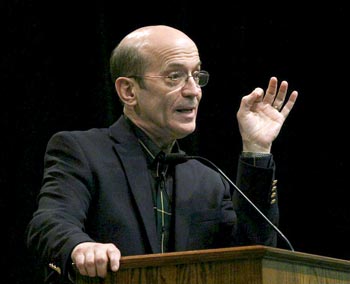 “One could not leave any session,” says Anderson, “without perceiving that the speaker had a heart for Christ and for men.” He says that practical messages—such as those presented by Dwight LaPine, Rochester, Minn.; Matt DeCleene, Marinette, Wis.; and Dr. James Maxwell, president of Faith Baptist Bible College and Theological Seminary—were well received. He also says, “Highlights were sessions by Duke Crawford, Toledo, Ohio; Tim Jordan, Lansdale, Pa.; and Daniel Davey, Virginia Beach, Va.”

Anderson notes “a spirit of servanthood” permeated the campus at Faith, lending itself well “to the objectives of Men for Christ.” He says, “It is the desire of MFC’s leadership that these annual conferences be a strong support to the ministry of Christ’s churches, to uphold pastoral leadership, and especially to challenge men to respond to the Lord’s call on every believer to faithful servanthood.”