TRUMANN, Ark.---When Pastor Greg Clark found himself out of a job over a doctrinal disagreement with his church this spring, family members suggested he start a new church. So began Victory Lighthouse Baptist Church. 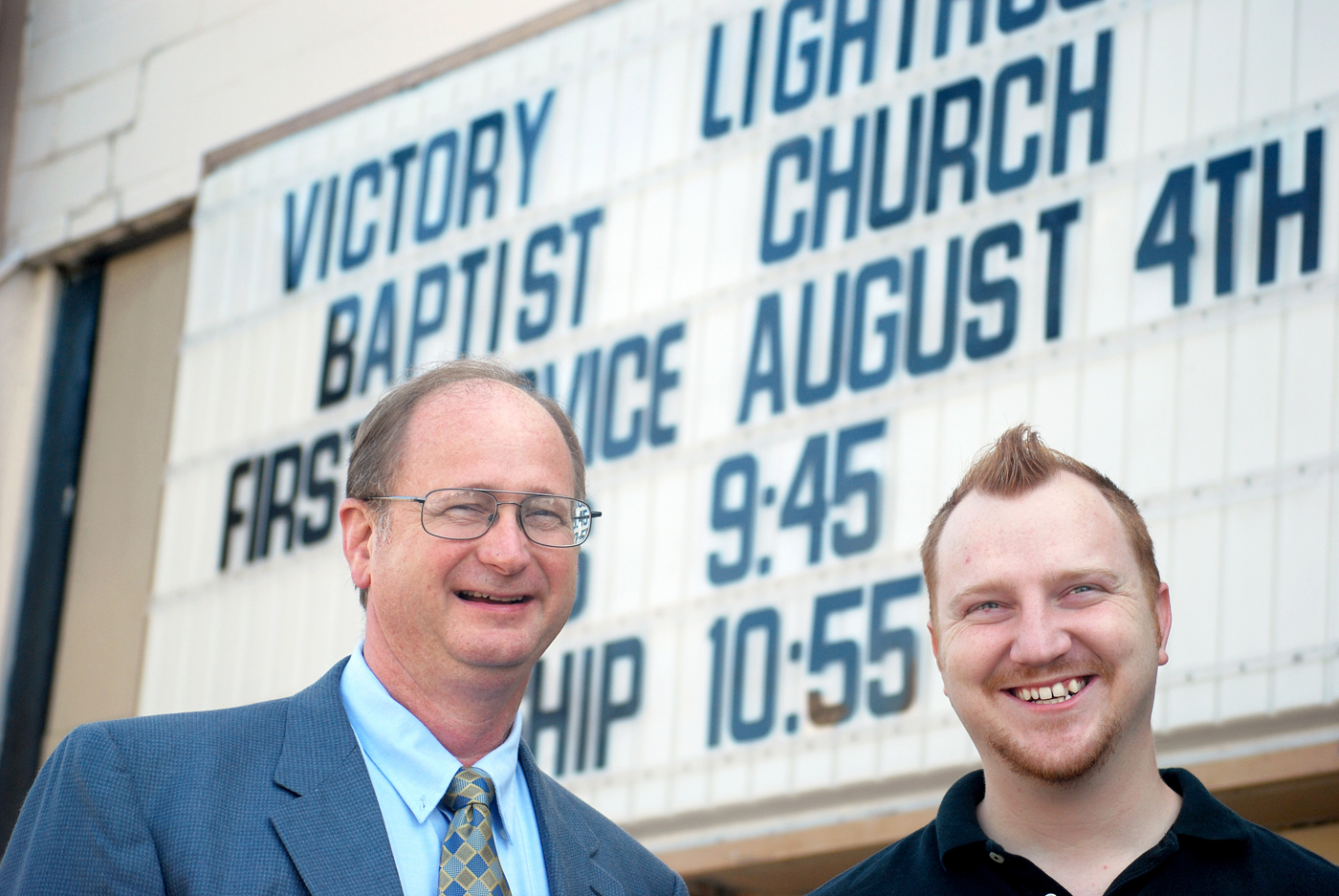 TRUMANN, Ark.—Pastor Greg Clark had to get fired from his church to join the GARBC.

The Trumann, Ark., pastor who found himself out of a job this spring over a doctrinal disagreement with his church spent an agonizing week asking the Lord for new direction.

“The next week was an emotional roller coaster,” said the former Missionary Baptist pastor. “I spent the week just driving up and down the streets of Trumann asking the Lord if my heart was still there to minister to the town that He called me to 22 years ago.”

Various family members suggested that Clark start a new church. He was apprehensive about the idea until a week later when his wife said, “Why are you fighting it? Why don’t you just take the bull by the horns and start a 100 percent Baptist church?”

That settled it. From then, Clark started planning where to meet and how to finance a church plant. He had his heart set on a building in the middle of town, but the owner wasn’t interested.

Another building owner suggested Clark buy the old First Bank, but Clark was only interested in leasing it. Starting out at $299,000, the price kept steadily dropping until it reached $162,000 in an effort to convince Clark to buy instead of lease.

A Pentecostal congregation previously renovated the facility, but it had been sitting empty for two years. Clark found pews and a pulpit on Craigslist, and he said the Lord provided a piano. Now all he needed was a congregation.

At the beginning of June, Clark started with 11 people, mainly relatives, meeting in his house, and together they began writing a doctrinal statement.

At the same time Clark was seeking a new ministry, his newly married son-in-law, Clinton Morris, was looking to join a church plant.

Morris, a graduate of Maranatha Baptist Seminary and a former member of James Maxwell’s Future Preachers program at Calvary Baptist in Menomonee Falls, Wis., was thinking that he would start his own church too.

Clark asked Morris to join him, and together they came up with Victory Lighthouse Baptist Church as a name.

With history and contacts within the GARBC, Morris suggested their church join the GARBC and see if they could get help with their new church plant.

Being an independent all his life, Clark wasn’t sure that the GARBC’s doctrinal position matched his. Then Morris pointed out that the Regular Baptist Press Sunday School curriculum Clark was using for years was published by the GARBC.

“I’ve been an independent all my life, and RBP was the closest doctrinal fit for us,” Clark said. “I didn’t know RBP was connected with the GARBC!” 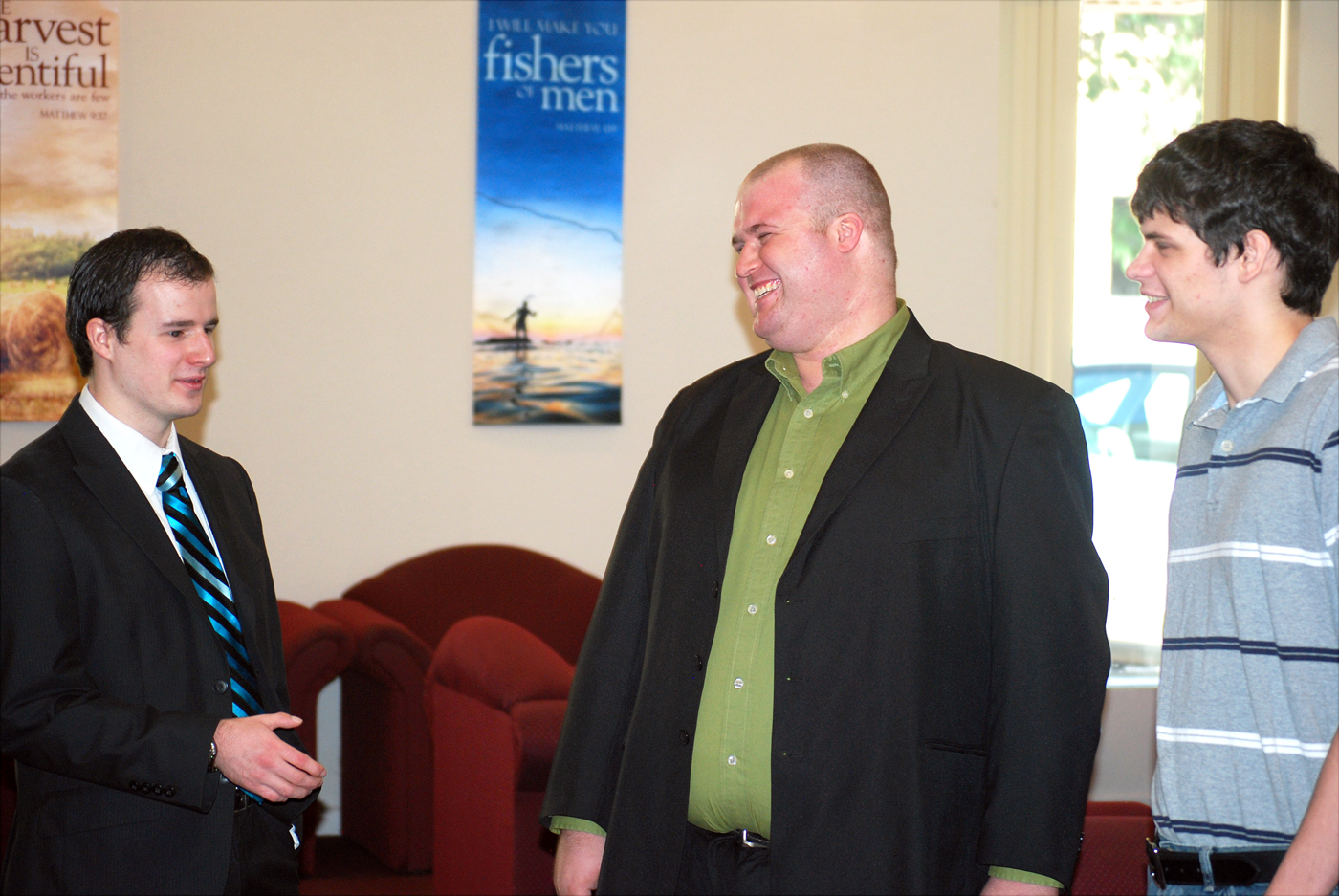 It was the week before the GARBC annual conference in Dearborn, Mich., and Clark was scanning the GARBC website when he found out that the GARBC helps churches with 501(c)(3) tax-exempt status. “We thought that we were going to have pay for legal service to help us do that and we didn’t have the finances at the time,” Clark said.

“I knew the GARBC only voted on churches once a year, so we came together and the church body voted to pursue joining the GARBC,” Clark said. “Right after that [Morris and I] decided that we were going to come to the GARBC conference and associate with people at the conference.” Victory Lighthouse was one of seven churches voted into the fellowship.

The old bank building needs updating. Clark said the carpet is old and the foyer needs to be remodeled. They plan to apply for assistance with those expenses and other needs.

“The Lord has opened the doors,” Clark said. “We have a building, and a core of people. I know that God’s hand is definitely in this. We have so many people now offering to be a mother church. I think we needed to be part of a group of supporting churches like the GARBC.”

On Aug. 4, Victory Lighthouse opened its doors to the public for its first Sunday service in its new building with a new sign. Two grade school girls met people at the door with bulletins and the greeting, “Welcome to Victory Lighthouse Baptist Church.”

The day started with fellowship. Pastor Clark gave everyone a tour of the building while guests shared coffee and snacks. Sunday School and a morning worship service followed with singing and preaching. The pastors and congregation expressed relief and excitement, since much had been accomplished by God in a short amount of time.

Darrell Goemaat is director of photography for the Baptist Bulletin and Regular Baptist Press.