BRITT, Iowa---Every second week in August, the small town of Britt grows in size in observance of the National Hobo Convention, and Bethel Baptist Church used the opportunity to creatively reach out to its community. 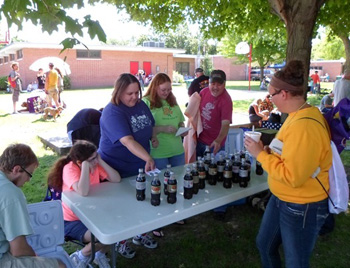 BRITT, Iowa—Every second week in August, the small town of Britt grows in size in observance the town’s National Hobo Convention. A week before the event, Pastor Greg Baum and intern Tim Newman were working at Bethel Baptist Church when a Coke distributor came into the building. He wanted to donate some bottles of Coke to the church. “Could the youth group use them?” he asked.

When Greg and Tim went to the grocery store to claim the Coke, they discovered approximately 200 bottles—much more than the youth group could consume! So Greg and Tim thought of a better way to use them.

Weeks before the event, the church began praying that God would help them be creative in reaching out to their community during Hobo Days, as the community commonly calls the convention that honors migratory workers. “Misunderstood and mistreated,” the convention website explains, “the wandering hobos have come to find understanding and friendship in the town of Britt, Iowa.” 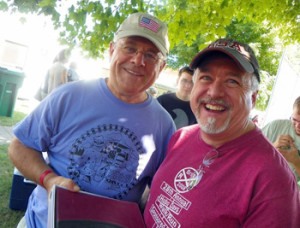 Bethel Baptist Church decided to set up a table to give away their Coke. On Saturday at noon they placed the bottles beside the mulligan stew, a traditional hobo meal, that townsfolk made and served for free. In addition, an individual from Bethel Baptist purchased a Bible that the church gave away through a drawing. The man who won the Bible came to the convention from North Carolina with his wife. He said he had heard of the Hobo Convention, which the town has held since 1900, and decided to make Iowa one of their points of destination; it was the first summer they ever traveled to “see the country.”

Pastor Baum says, “He assured us that he was a believer in the Lord Jesus Christ and said that the Bible would be such a special reminder of their big decision to travel the United States together.”

Pastor Baum says, “We are thankful to the Lord for His provision to make this a very positive community outreach.”

Next post Pastors' and Wives' Retreat Offers Rest and Renewal