TOGO, West Africa---Children in Lomé, the capital of Togo, will be learning about God this summer, thanks to the vision of Gospel Literature Services. 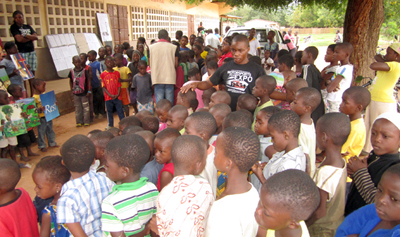 TOGO, West Africa—Children in Lomé, the capital of Togo, will be learning about God this summer, thanks to the vision of Gospel Literature Services. This ministry of GARBC International Ministries has been sending Regular Baptist Press resources to churches and missionaries around the world since 1973.

Mawuli Eklu, director of his church’s VBS in Togo, recently contacted Chris Hindal, director of GARBC International Ministries, about the possibility of receiving materials for an upcoming VBS. “For this summer I will have VBS camp in one of our village here called Beme-Toutou Baptist Biblique Church.” Would GLS be able to send materials for that? he asked.

Unfortunately GLS had sent out the last of its VBS resources, but another option was available to Mawuli. Components of a VBS program—including the teacher manuals, student books, and visuals—are available on a CD that could be mailed to him. He could then translate the materials, replace the American pictures with local images if he wished, and print out the contents. 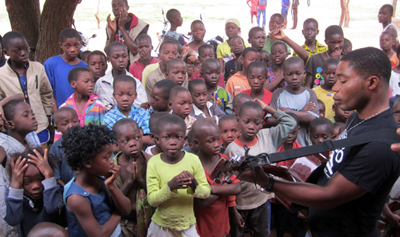 “This new digital model is an answer to a long-standing prayer,” Chris has said.

He initiated the project in 2010 after “seeing increased requests for curriculum from our international partners,” explains the Baptist Bulletin article “Not Lost in Translation.” “But the economic downturn and rising shipping costs made it difficult to send material from the U.S. After surveying the global users, Chris discovered that 80 percent of them would be willing to receive the curriculum digitally if they also were given permission to print all they needed.”

Now ministries around the world have unlimited access not only to VBS materials but Sunday School curriculum for primaries (grades 1–3) and juniors (grades 4–6).

So when Chris asked Mawuli, “If I send you a VBS on a CD, could you use it?” he immediately replied yes and expressed his gratitude. “Thank you for your big help to kids,” he told Chris.

Next post Fired Ohio Creationist Teacher Gets Day in Court