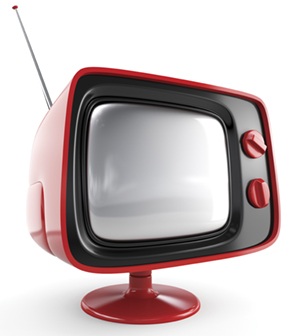 James 1:27 says, “Religion that God our Father accepts as pure and faultless is this: to look after orphans and widows in their distress and to keep oneself from being polluted by the world” (NIV, emphasis mine). Christians often entirely miss the second half of the verse.

God’s Word is the ultimate standard by which we discern what is right and wrong. For that reason, Christians should stop making excuses for approving the sinful messages in the media. The day Christians decide that being entertained is more important than what God desires, is the day we lose the battle against moral compromise.

Christianity is waging war with one of the Devil’s greatest allies-moral compromise. Every day the world’s values are being invited into American homes under the subtle disguise of entertainment, and they are having a profound impact on our view of the world and God. In this age of tolerance, even the Christian community refuses to see sin as sin. Instead, we have rationalized, justified, and compromised until we have become so desensitized to the horrific nature of evil that rather than shunning even a hint of immorality (Ephesians 5:3), we have accepted it as a means of enjoyment.

The media permeates every home and influences every life in one way or another. The world’s value system seeps barely noticed into Christians’ minds and hearts-through television, newspapers, magazines, music, books, and the Internet. The media, however, is not inherently evil or to be avoided. We simply need to distinguish between the created good and its sinful perversion, and be careful not to invite the worldly aspects of the media into our lives.

Houston, we have a problem

The Romans in Paul’s day also struggled with the sinfulness of their culture. They were a corrupt people full of godlessness and wickedness, as Paul wrote in the first chapter of his letter to the Roman believers. Because of the wickedness of unbelievers, God gave them over to sinful desires, shameful lusts, and depraved minds. In Romans 1:29-31 Paul provided a detailed list of the sins that characterized these depraved people. Among them are greed, envy, murder, malice, gossip, slander, arrogance, and disobedience. It is clear that as believers, we must be diligent to keep these sins from our lives, but there is another important implication in verse 32: “Although they know God’s righteous decree that those who do such things deserve death, they not only continue to do these very things but also approve of those who practice them” (NIV, emphasis mine).

The sin of the Romans was not only doing these things, but also approving of those actions by others. How often do we invite these sins-like homosexuality, adultery, malice, and disobedience-into our homes in the form of entertainment? By doing so, we also are approving of them. Besides the command in Romans not to approve of others’ sin, there is another Biblical reason for avoiding the world’s corrupted form of entertainment. James 1:27 says, “Religion that God our Father accepts as pure and faultless is this: to look after orphans and widows in their distress and to keep oneself from being polluted by the world” (NIV). Christians are quick to jump on the first half by serving in soup kitchens and giving to charities, often entirely missing the second half of the verse, which is not a command to do, but rather to keep from doing. Just as we are to be showing God’s love to the world, we are to be protecting ourselves from being corrupted by it.

If it is clear that God is displeased when we approve of others’ sin, and since James clearly teaches that we are not to be polluted by the world, why is it that Christians continually rationalize their entertainment choices? When I asked a Christian high school student about her love for Shakira’s song “Hips Don’t Lie,” which openly encourages promiscuity, she said, “It’s catchy.” When I asked a friend of mine why he loves the movie Without a Paddle despite its immoral overtones, crude humor, and perverse language, he responded, “It’s funny.” Perhaps you have heard of The Notebook, a popular movie from several years ago that remains a favorite among girls (believers and nonbelievers alike). The Notebook’s main theme is lust and teaches girls to sleep with men regardless of commitments and consequences. And this is the movie that Christian girls hail as their favorite. We have failed to understand that our enjoyment of something does not make it right. As believers who are being watched by our families, coworkers, and fellow believers, we ought to be taking a stand against such expressions of immorality, rather than endorsing them.

Why are we compromising our moral standards for a laugh, a catchy beat, or a tear-jerking romance? The following three myths are largely responsible.

Myth 1: It will help me win unbelievers for Christ.

While we do not want to be completely ignorant, there is a point when stepping into our culture hurts our testimony rather than helps it. After all, the best way to stand out for Christ is to live differently from the world, not as similarly as possible.

I once heard a Christian say, when confronted about listening to music with obscene language, “I just like the music. I don’t even listen to the words.” Regardless of whether we are focusing on the lyrics, they do affect us. In fact, all forms of media affect us, whether it’s the theme in a movie, the plot in a book, or the line in a song. Advertisers understand this concept. Why else would they spend so much money to flash a little ad at the top of your computer screen or to buy a 10 second radio commercial? Because they know that what you see and what you hear affect you.

“I don’t watch the really bad movies.” “I listen to just as much Christian music as I do rap.” How we deal with today’s entertainment is a big deal, for two main reasons. First, sin is a slippery slope. Perversions grow only more perverse with time. Therefore, whether you are diving in headfirst or dipping your big toe, you are compromising. Second, the media is a powerful tool that the Devil uses to distort truth. On every topic of morality-from evolution to assisted suicide-the media is spreading lies. Rather than acting nonchalant, we ought to be battling against this widespread deception.

Perhaps you are among the ever-growing group of believers who have simply never thought about the adverse effects of the media. Many Christians have grown so familiar with the perverse nature of today’s entertainment that they don’t consider what God might think as they sit down to watch an episode of The Simpsons, or any other popular show that promotes sin as a satisfying way of life. As we minister in churches and in the lives of believers everywhere, we are, first of all, to bring people to a saving knowledge of Christ, and, second, to “consider one another in order to stir up love and good works” (Hebrews 10:24).

When it comes to our choices as Christians, the first thing we should turn to is God’s Word-not our friends, society, or even our families and their beliefs. God’s Word is the ultimate standard by which we discern what is right and wrong. For that reason, Christians should stop making excuses for approving the sinful messages in the media. The day Christians decide that being entertained is more important than what God desires is the day we lose the battle against moral compromise.

Karis Vogel is a production artist at Regular Baptist Press.

Photo from the Past Comes with a Story

When a member of the Dowden family found a remarkable photo on the internet, that person presented the photo to Jack ...more

Regular Baptist Builders Club Director Clare Jewell met with Dan Shafer, pastor of All Nations Baptist Church, and Jason Philip, who has been serving at ...more

Timothy Ledru Brudtkuhl, a missionary, died Oct. 21. He was ...more

After VBS when it’s back to “real life,” how can your church preserve in students what began in that intense, focused, and sometimes crazy week? ...more