ROCHESTER, N.Y.—On Sept. 11, 2011, Pastor David Whiting of Northridge Church preached “9/11: Ten Years Later” to commemorate the day and consider “how committed Christ-followers view 9/11 differently from the rest of the nation.” 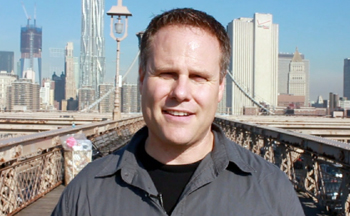 ROCHESTER, N.Y.—On Sept. 11, 2011, Pastor David Whiting of Northridge Church challenged his congregation to consider “how committed Christ-followers view 9/11 differently from the rest of the nation.”

“Much of how we think and feel is the same all across our country,” says Pastor Whiting. “We’ll never forget what happened that day. Yet as followers of Christ we must think and live differently. Being devoted to Christ impacts everything about us, including how we view, feel, understand, and respond to 9/11.”

He says, “Now that we can step back, now that the emotions are not as raw, how should we as followers of Jesus view what occurred ten years ago?” He says the answer affects how believers should understand all suffering and evil and pain.

In his sermon “9/11: Ten Years Later,” Pastor Whiting shared 10 theological perspectives on suffering. He interspersed four sermon points that he presented live, with six points he showed on video. He and a videographer had flown to New York City to film those six points at various sites around the city. His introduction, for example, was filmed 35 floors above Ground Zero in the Merrill Lynch offices. He went to Wall Street to tape the Biblical perspective on the believer’s hope (it’s not in financial investments), and to the St. Paul Chapel and Churchyard to talk about the tragedy of abortion (the number of U.S. abortions on 9/11 exceeded the number of deaths at the World Trade Center).

Pastor Whiting closed his sermon by saying, “God permits what He hates, to achieve what He loves. When you’re going through suffering, hang on to that. God holds you in His hand. When you think about the suffering you’re facing right now—it all is in His hand. It falls under His sovereignty. It doesn’t happen without His permission and His control.”