Can We Trust the ESV Bible Translation? 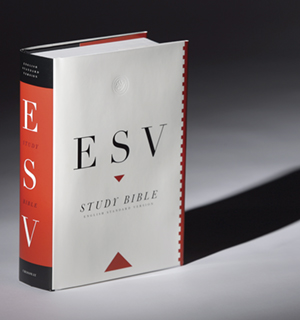 Bible translations come and go. Rarely have new translations of the Bible proven to be of lasting significance. Some disappear after a few years; others become niche translations. Occasionally, however, a new one catches the attention of the Christian world. The last time that happened was 40 years ago when the New International Version was launched. Recently another new translation has caught the eye of conservative Christians. The English Standard Version has become popular and is recommended by some prominent pastors. Is it a worthy translation? In brief, yes. It presents the Word of God in readable language and reflects historic Christian orthodoxy.

The ESV is not a new, “made from scratch” translation, but is the newest revision of a line of translations that goes back to Tyndale and the KJV. The KJV of 1611 was a revision of the 1568 Bishop’s Bible, which was a revision of Matthew’s Bible of 1537—which was essentially the completion and revision of Tyndale work (1534). In subsequent years the KJV was revised and updated at least a half dozen times, though retaining the same name. Most KJV Bibles in print today are of the last revision of 1769. The next revision with a new name is the Revised Version of 1881, better known in America as the American Standard Version of 1901. This was followed by the Revised Standard Version of 1952. Some theological issues with the RSV made it unsatisfactory, but these have been corrected in the ESV, which is a revision of the RSV. “Archaic language has been brought to current usage and significant corrections have been made in the translation of key texts” (ESV Preface).

As a revision, the ESV will sound more traditional than other versions such as the NIV, which are translated directly from Hebrew and Greek rather than being based on an existing translation. Some Christians accustomed to the KJV find the wording of new translations to be abruptly different—to the point of “not sounding like the Bible.” This is a matter of change in the English language and not a difference in meaning, but it is noticeable. This will be less of an issue with the ESV, which retains much of the traditional word order and vocabulary.

All translations are not created the same way. Some translators ask, “What does this mean, and how do I say that in English so as to accurately communicate that meaning?” Others ask, “How can I best represent the individual words and grammatical forms of the original, even if it doesn’t sound like good, contemporary English?” These are called, respectively, “functional” and “formal” (formerly “literal”) equivalent translations. No translation is totally functional—there is always some relation to the form of the original. Neither is any translation totally formal—otherwise it would be unintelligible in English. All translations have a blend of both. The proportion of functional and formal elements gives a translation its distinctive style. Translators find different balance points between meaning and form. Though it is not easy to assign an objective, numerical position to specific translations, Fig. 1 shows the relative relationship of some common Bible translations. As expected with a revision, the ESV is fairly close to the KJV in translation style.

Consider the following illustration of these differences in a difficult verse. If we were to translate word-for-word, we might read 2 Corinthians 6:12 like this: “Not you are being restricted in us you are being restricted but in the intestines of you.” Not very helpful, is it?! The KJV reads, “Ye are not straitened in us, but ye are straitened in your own bowels.” That’s not much clearer. The ESV reads, “You are not restricted by us, but you are restricted in your own affections.” Though only minor changes are made, translating the reference to the intestines into the metaphorical meaning of the expression (“affections”) helps the reader understand more of what Paul meant—but what is the “restriction”? The NIV becomes clearer: “We are not withholding our affection from you, but you are withholding yours from us.” In this case the form of the original is not as evident, but the meaning is understandable. On the functional end of the spectrum, we might read something like this: “If there is a problem between us, it is not because of a lack of love on our part, but because you have withheld your love from us” (New Living Translation).

A few simple examples illustrate how helpful the ESV is. John 9:30 reads,

The differences between the ESV and the KJV are relatively minor, but are very helpful in making the meaning clear in contemporary English. Consider Acts 28:11.

In the KJV a reader might assume there was a sign on the side of the ship with these two names. The use of “figurehead” in the ESV rather than “sign” conveys more accurately to a modern reader the design of the ship. The ESV has a note at the words “twin gods” explaining, “That is, the Greek gods Castor and Pollux.” In this example, the ESV is closer to the original text than the KJV, since the names “Castor and Pollux” are not given. The 1611 translators replaced the words “Twin Gods” (Dioskouroi) with names from history, not the Bible.

As helpful as some of these changes are, the revision is not perfect. Some words and expressions are not natural English and result in some clumsy-sounding statements. For example, Matthew 5:2, “He opened his mouth and taught”; Luke 8:23, “They were filling with water and were in danger”; Luke 24:27, “He interpreted to them”; and Acts 3:11, “The portico called Solomon’s.” Most changes of wording and idiom, however, make it much easier to understand God’s message.

The ESV is a viable translation for local church or personal use. It is accurate and readable. That does not mean that it is perfect or that it is the best choice in every context. (Such a Bible does not exist!) I would, however, include it on a list of the more generally usable Bibles in local church ministry. It may be that a transition from the KJV to a modern translation might be easier if the target were the ESV rather than, say, the NIV, due to the more traditional nature of the ESV and the greater continuity with the KJV tradition and vocabulary that it represents. I have been using the ESV in an adult Bible class in my local church for just these reasons and have found it well received.

There is wisdom in using several versions for Bible study, since no translation can express everything found in the original languages. We are blessed to have several reliable modern translations that help us understand the Word of God more clearly. If our mission is to clearly communicate the Word of God to a lost world and to God’s people, then we ought to think carefully about our choice of translations to accomplish that purpose.