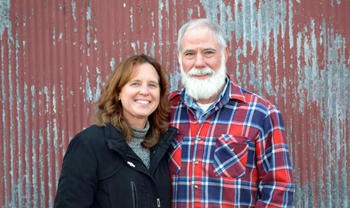 RICHLAND, Wash.—Baptist Network Northwest has called Don Duty as executive director, having been voted in at the association’s annual meeting April 16–18 at First Baptist Church. In his new role, Don will provide visionary organizational leadership to the fellowship of nearly 100 Regular Baptist churches in Washington, Oregon, and Idaho.

Don Duty has been a pastor and church planter for the entirety of his ministry career. After Don graduated from Northwest Baptist Seminary, he and his wife, Connie, moved from Tacoma, Wash., to Sagle, Idaho, where he was the church planter and pastor of Sagle Baptist Church for four years. In 1988, at the urging of a missionary to Australia, the Dutys applied to ABWE to become church planters in Australia. They ended up serving there for 20 years and, they say, left a large portion of their hearts in that country.

Don had a vast ministry while in Australia. He was instrumental in starting four successful church plants, was head of the Church History and Theology Department at Tahlee Australian Bible College, and created a curriculum for the orientation of new missionaries entering Australia. While ministering to others, he continued his own education. Don attended Tanglewood Institute in Sydney, earning an MA in Biblical counseling to add to the MDiv he had earned from Northwest Baptist Seminary.

For the past several years Don has been working as a general contractor while preaching and assisting in two local churches during their transition between pastors. And for the past year, the Dutys have been living with Don’s parents in Bunker Hill, Ill., helping to care for his mother, who is in the later stages of Alzheimer’s. Their move to Illinois took the Dutys back to the roots of Don’s ministry, for his first pastoral role was as youth pastor from 1979 to 1980 at Berean Baptist Church in Bunker Hill. Now Don and Connie are thrilled to return to the Northwest.

Darrell Beddoe, regional pastor of the Baptist Network Northwest, will transition with Don through August, when Darrell and his wife, Ruthanne, complete their tenure.

Yes, the gospel can be shared from a distance across all kinds of media. But it’s most effective, and spreads at a much more rapid ...more

The GARBC and its ministries offer FREE resources that can help you, your family, and your church be wise and strong in Christ while the ...more

Ministering in the Worst of Circumstances

During the past couple of weeks, some of our chaplains who serve in the National Guard and Reserves have been activated to minister to soldiers ...more