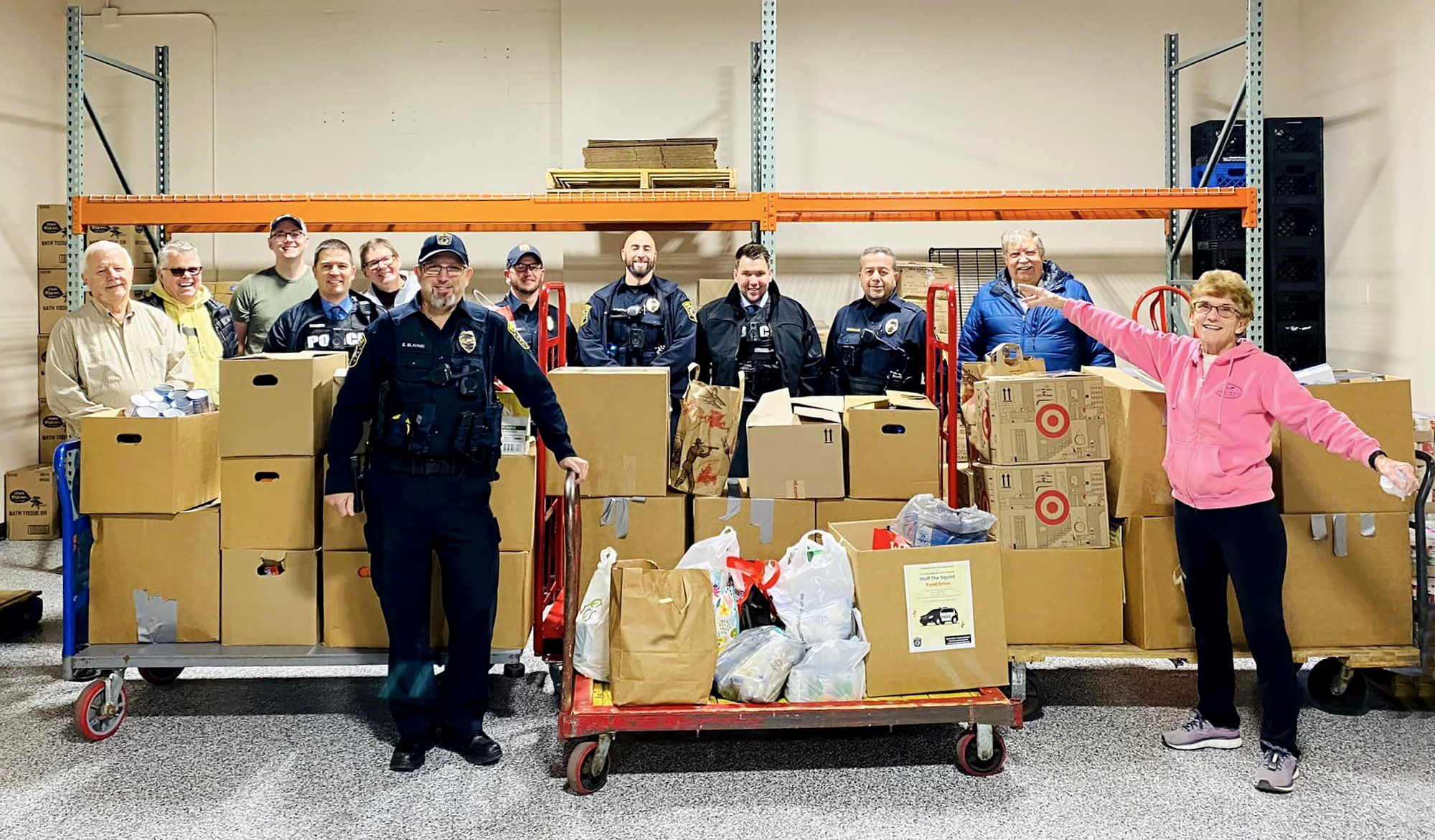 Volunteers then delivered the boxed and bagged donations via squad cars to FISH Food Pantry in Carpentersville, which has served more and more people every month over the last year, says pantry manager Donald Cwynar. Stuff the Squad was timely, as residents were able to pick up food for Thanksgiving.

Phil Zilinski thanks donors for their generosity.