SCHAUMBURG, Ill.—The GARBC Resource Center has learned that an impending shortfall to some state association budgets could have a significant negative impact. In March, the Brotherhood Mutual Insurance Company announced that it would drop its group dividend program. This announcement affects some of the 20 state and regional associations of Regular Baptist churches.

For example, the Michigan Association of Regular Baptist Churches received income from the program. 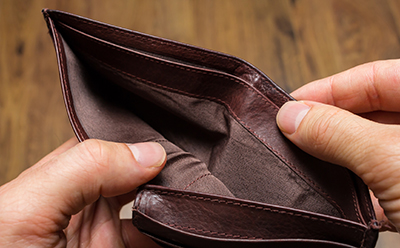 Ken Floyd, MARBC executive director, says that due to the extreme financial crises of the late 2000s and the cuts that Michigan churches had to make in their support of the association, the dividend at times covered up to half of the MARBC’s needed annual income. Of the affected associations, the MARBC alone received over $900,000 during its years in the program, with over $600,000 of that coming in the last 10 years.

Floyd wrote his colleagues to offer encouragement and information. “This announcement will have a dramatic impact upon our state associations,” he told them, but he is working with regional insurance agencies to come up with alternatives. “Since the Michigan Association is the largest state group of our national association and the second largest church group of any kind in Michigan involved in Brotherhood’s Group Dividend Program, our agents are seriously engaged on our behalf. Our agents are godly servants who, while not members of Regular Baptist churches, understand the importance of the program and the blessings it has brought over the years.”

The GARBC Resource Center is also at work on behalf of the state and regional fellowships. CFO/Treasurer Michael Nolan has already been in contact with GuideOne, which the GARBC Resource Center uses. GuideOne offers a plan similar to the one formerly offered by the other company. Nolan has, in fact, been working on a unified plan for some time. He says it would be similar to what Michigan was doing but would be for all state associations and would allow benefits to go straight back to Regular Baptist state and multistate associations.