First Baptist Church, Lapeer, Mich., has called Ross Shannon as pastor. He has been associate pastor of the church since 2011. 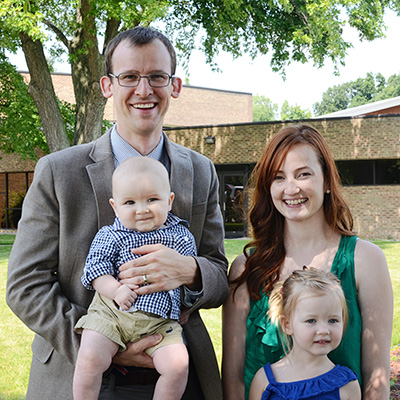 LAPEER, Mich.—First Baptist Church has called Ross Shannon as pastor. He has been associate pastor of the church since 2011.

Ross grew up in Woburn, Mass., about 10 miles northwest of Boston. His father, Jim, is a farmer, leading his family’s fifth-generation greenhouse business. Ross attended Northland Baptist Bible College, receiving his bachelor’s in Bible with a math minor. After completing a pastoral internship at Capitol Hill Baptist Church in Washington D.C., he moved to Lousiville, Ky., where he finished an MDiv from Southern Baptist Theological Seminary.