Remembering a Missionary to Exiles 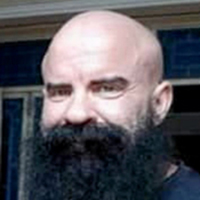 Rob Cady rides on the back of a motorbike in Phnom Penh, Cambodia. Photo by Hannah Reyes for ABWE.

In Phnom Penh, Cambodia, is a group of men who are thankful they met Rob Cady. Serving with the Association of Baptists for World Evangelism, Rob was a missionary to men who had been deported from the United States to Cambodia.

“Rob was one of ABWE’s most creative and innovative missionaries,” says Paul Davis, president of ABWE. “His life and ministry focused on a people group that few would see as significant, and not only did he reach out and love this people group, but he developed and implemented an effective strategy to meet them where they were at in order to win them for Christ.”

When Rob and his wife, Kristi, arrived in Phnom Penh in 1997, they intended to plant churches. “But God had something else in mind,” says Ingela Hartman in ABWE’s Message magazine. “In 2002, Rob started to notice an influx of tough, tattoo-covered men moving into the city.”

Five years later, when an opportunity arose for Rob to meet some of those men, he learned that they were former gang members from the US. Having committed crimes in the US, they were forced to relocate to their birth country of Cambodia. Such deportations, most of which involve men, were the result of a 2002 agreement between Washington, D.C., and Phnom Penh, stating that Cambodia would accept deportees.

After meeting the former gang members, Rob shifted his ministry from planting churches to ministering to these men, who considered themselves outsiders and exiles. Rob, an avid powerlifter, enjoyed meeting the men at the gym, as well in coffee shops, restaurants, and their own homes. In 2010 Rob and Kristi also began leading Bible studies for the men’s wives and girlfriends.

“There are some people who believe these guys are beyond God’s redemption,” Rob said. “But they don’t know the God I know.”

“There are some people who believe these guys are beyond God’s redemption. But they don’t know the God I know.”

“Ministry in Cambodia is not for the faint of heart or the success-oriented mind,” Chris says. “Anyone looking for ministry in a hard place where lost people abound, Cambodia may be God’s appointment for you.”

A few days after Rob died, his daughter Julia wrote, “I have seen God’s hand clearly throughout this journey and I know that although He has not answered the way I wanted, He has not forsaken us. . . . Dad would never want his passing to draw people away from our Savior; he would want us to continue running the race and looking ahead to what is waiting. He would challenge each of us to step out in blind faith, knowing that Christ has a plan and purpose for our lives.”

Melissa Meyer is an editor for Regular Baptist Press.