In a historic move to connect the rich heritage of two Baptist colleges, the trustee boards of Tennessee Temple University in Chattanooga, Tennessee, and Piedmont International University in Winston-Salem, North Carolina, voted unanimously to merge. 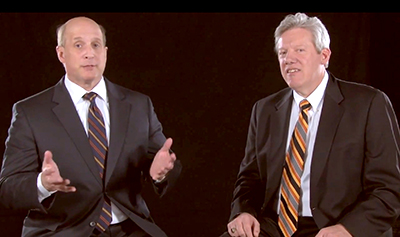 WINSTON-SALEM, N.C.—In a historic move to connect the rich heritage of two Baptist colleges, the trustee boards of Tennessee Temple University in Chattanooga, Tennessee, and Piedmont International University in Winston-Salem, North Carolina, voted unanimously to approve a merger of these historic institutions. The merger will officially take place on April 30, 2015, pending the approval of the Transnational Association of Colleges and Schools, which accredits both universities.

Established only a year apart in the mid 1940s, the two universities share similar histories and a common mission that stretches back to their founders, Dr. Charles Stevens and Dr. Lee Roberson. These forefathers were friends who echoed each other’s founding visions. Dr. Roberson once told Piedmont’s chancellor, Dr. Howard Wilburn, “Dr. Stevens and I were great friends, and we established Piedmont and Tennessee Temple within months of each other. The two of us had a gentleman’s agreement that if either school ever faltered, the two should come together.” The current merger, born from this common ancestry and mirrored purpose, is, in the words of Tennessee Temple’s current president, Steve Echols, nothing short of “providential.”

“Little did our founders know that their pledge of support to each other would find fruition nearly 70 years later,” said Echols. “Merging with Piedmont is a once in a generation opportunity. Piedmont International University is a well-respected, outstanding Christian institution of higher education whose impact through the years for the cause of Christ is immeasurable. We are proud to return to our roots and unite as one.”

Following the merger, TTU online students can expect decreases in their tuition rates and a seamless transition. Online programs will be transferred in their entirety to PIU. Also, residential students who move to Winston-Salem will experience a drop in tuition, room and board of around 25 percent. Several TTU board members will join PIU’s board, and a portion of TTU’s faculty and staff will be making the move to Piedmont.

PIU’s president, Charles Petitt, believes that the merged school will have far greater potential together than either school could have realized alone. Petitt has stated that he views the merger to be more like a marriage than the death of a spouse where one mate is gone and the other is left with only the assets. In a marriage one mate may have to move and change a name, but no one disappears. While TTU is moving and PIU will retain its name, neither school disappears.

Tennessee Temple’s legacy will be preserved through the continuation of Temple Baptist Seminary as a school of Piedmont International University. Petitt is proud to have a diploma from Temple Baptist Seminary hanging on his office wall. Also, the Tennessee Temple Scholarship has been established that will provide one-third of tuition for programs offered at Piedmont. It will be available in perpetuity for TTU students, applicants, current faculty and staff, and alumni, as well as for their children and grandchildren.

Beyond the continuing legacy that will be preserved through the merger, Echols notes that TTU constituents can take heart that the lives changed through the ministry of Tennessee Temple University will glorify God forever.

Next post Preparing for Birth: Webinar for Prospective Mother Churches